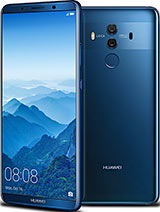 The Huawei Mate 10 pro is one of the best smartphones launched by Huawei, period. Don’t get me wrong the Huawei Mate 10 itself was quite the favorite of the community, with its premium design and quality camera. Almost everyone loved it. And now the Mate 10 Pro has arrived which is going to be an upgraded version of the last device, and we have really high expectations from Huawei.

All the prices for Huawei Mate 10 Pro

The prices are collected from the best online stores in Pakistan like Eitimad.com, Shopone.pk - updated Feb 2020. 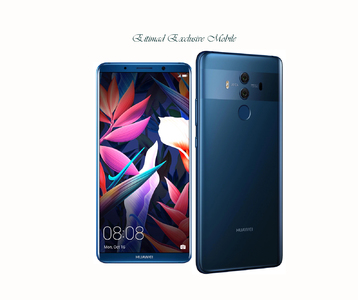 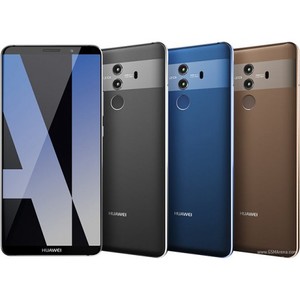 The Smartphone industry is booming right now, with incredible smartphones. But an essential part of the phone is the design if the design of the phone isn’t up to mark then everything else is rendered inadequate.

Huawei knows this, and that being said, they are always trying to please their customers. The Mate 10 Pro has a lot of things going for it, a slick premium styled design and a vibrant OLED display, it’s definitely going to please consumers. It even has an aspect ratio of 18:9 and a screen size of 6 inches. An 80% screen-to-body ratio makes the phone bezel-less, which in turn is something everyone has been wanting for a long time.

The device itself is a mix of metal and glass with curved gorilla glass panel present at the back. Huawei, after years of experimenting definitely know what they’re doing here. Gorilla glass 5 is present at both the back and the front of the device so you don’t have to worry about one of the sides getting damaged. Another thing, which users wanted in the Mate 10 was proper dust and water resistance, and they got it in the Pro version.

It has the dual camera setup on the back of the phone. And the fingerprint sensor is placed below the lenses. This position is quite uncomfortable as, while opening the phone, you can easily touch the camera lens which may cause scratches. Although there is a protective metal ring around the phone, it won’t be able to prevent much.

There is no Audio jack for the phone, so you’ll have to use a dongle with the phone. There isn’t a microSD slot either in the device, so you’re stuck with the internal storage you receive. There is a USB-C port at the bottom of the device and a Sim tray is present on the right side of the device.

The Kirin chipset on the device is incredible alone. But when you pair the beast with the phones RAM, it can do any task you throw its way, be it opening multiple tabs on a browser, playing intensive 3D games such as Asphalt or even, just plain old multi-tasking. It can do all of that and more. The device though can and probably will heat up quickly, after intensive use.

The Mate 10 Pro comes with around 6GB of RAM and 128GB of internal storage, which is sadly not expandable at all. Huawei removed the SD card slot in the Mate 10 Pro which is why we aren’t going to able to store the extra clutter which we hoard.

The camera is fine, not too sour and not too sweet. The Leica Dual Camera is the top performer here, with its high-resolution monochrome sensor available. They’re two cameras at the back of the device, one with a 12MP RGB sensor and OIS (Optical Image Stabilization) and the other with a 20MP monochrome sensor and no OIS.

If you want to the improvements in the camera, the improvement is in the f/1.6 aperture lenses across both cameras. I know it’s quite a slight adjustment which is why people are upset. We expected quite much more from Huawei.

Though the Wide Apertures suggest that, it will be the best low light camera, it’s just mediocre in low light. And unlike other Phones, it is terrible in Broad Day Light. Overall it isn’t the best camera out there, the camera itself may just do.

The Battery is quite the upgrade and surpasses flagship phones such as the iPhone 8 Plus in terms of battery. A Massive 4000mAh battery can promise you the fact that you can use it for the longest period of time, and not rush for your charger or your power bank.

Another thing to note is because of Supercharge which is Huawei’s version of Quick Charging, you can get 50% charge in only half an hour! Which is incredible if you’re always too busy to keep it on charge for a while.

When there are ups, there are also downs and, a down in term of the battery is that wireless charging isn’t available, so if you’re on a road trip, you’ll have to take your own charger and power supply, as you won’t be able to wirelessly charge it.

The Phone is quite good, in terms of build quality, design, specs, and the price. I wouldn’t want more, really, unless I’m looking to increase my price range.