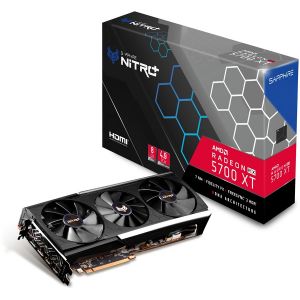 AMD Graphics Card prices have gone down 75% in the last 30 days. RX 5700 XT is available at very limited stores online.

We’re starting to see competition heat up in all areas of the gaming industry. Whether it be the games themselves, the consoles, the PCs, or PC components, we have a lot of options on hand. It’s a wonderful time to get into gaming if you live in Pakistan. More mainstream high-end parts are readily available, and it’s a relief to see that the gaming industry is finally booming here. As you can probably guess, the biggest demand is for high-end GPUs. Most people who have a higher budget play games at 1440p. There are a lot of cards that can do 1440p gaming quite well. But, considering the Radeon RX 5700 XT Price In Pakistan, it might be the best graphics card for that resolution.

The prices are collected from the best online stores in Pakistan like Daraz.pk - updated Jun 2022. 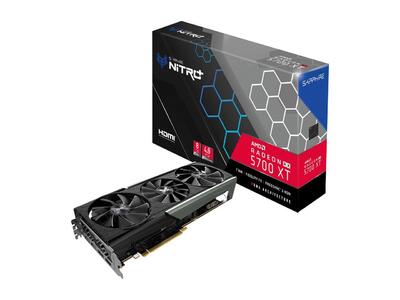 The AMD Radeon RX 5700 XT is a part of AMD’s Navi GPUs, also known as the Radeon 5000 series. This high-end graphics card was launched in July 2019 and has found quite a lot of success in Pakistan. Even today, it’s a great performer for modern and next-gen titles.

AMD’s Radeon RX 5700 XT uses the Navi 10 graphics processor which is built on the 7nm process. It has 2560 graphics cores. Inside, 40 of these compute units come with 64 stream processors, which brings us to the grand total of 2560 cores. We have 8 gigs of fast GDDR6 memory on a 256-bit bus.

AMD GPUs are known to work well with the Vulkan API. However, they have focused on DirectX 12 this time around as well. The base clock is rated at 1605MHz, and it can boost all the way up to 1905MHz. It’s a dual-slot card and uses 1x 6-pin and 1x 8-pin connector for power. The max TDP is 225W.

When the 5700 XT originally came out, it slipped under the radar for a lot of people. We wonder why that is, as people are finally paying attention to it. Well, whatever the case may be, we’re certain of one thing: This thing has a lot of power to show off, and it’s fast enough for the majority of gamers in Pakistan.

AMD GPUs always tend to boost quite well. Recently, the drivers have also gotten better, and Radeon cards are aging like fine wine. Of course, that’s not a fair comparison so we’ll stick with traditional methods of measuring performance. The answer is simple, if you game at 1440p, this card is all you need right now.

Sure, it might not have Ray-Tracing support, but that feature isn’t widely supported right now. Unless you’re worried about the future, we wouldn’t recommend buying a card just for ray tracing. For high refresh-rate competitive gaming, this is an excellent GPU. We’re seeing over 180fps in Call Of Duty: Modern Warfare. It also performs well in Rainbow Six Siege, Overwatch, and of course, the beloved CS:GO.

As for single-player titles, we’re still looking at well over 60fps in 1440p. For example, we see 87fps in Shadow Of The Tomb Raider, 104fps in Metro Exodus, and 76fps in Gears 5. For the price, this performance is quite excellent.

Overall, the RX 5700 XT is quite an impressive graphics card. It might the best price/performance GPU that AMD has ever released. No wonder we see it in so many builds all the time. If you are someone who plays games at 1440, whether that’s competitive or single-player titles, the 5700 XT is more than enough. They’ve also gotten much better in driver support and thermal efficiency, so it’s more of a safe bet than ever.