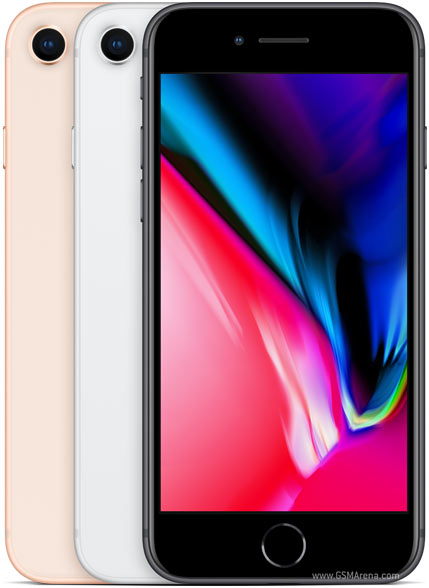 The product Apple iPhone 8 is not available in any major online store in Pakistan. The lowest price was Rs. 52,999 in Feb, 2022.

The iPhone 8 is actually a great phone, but you shouldn’t just buy it yet because of that only. I’d say, it’s an iPhone X without a few changes and that itself is something users want. A bezel-heavy display and no headphone jack, why do people still like it?

The iPhone 8 brings something new to the design of the iPhone. The glass back, no more slippery aluminum at the rear anymore. The aluminum at the back has been troubling for users for a very long time. And if you’ve been an Apple user since the time of the iPhone 6, you know how miniature the changes have been.

The bezel-heavy display is causing people to wonder and think about the last four generations of iPhones. They all have been the same, and it seems like the iPhone 8 is also following suit and will also be a bezel heavy device.

The device itself is quite like the iPhone 7, only a little thicker, wider and taller. It’s also heavier than it too, 10g heavier. At 4.7 inches, Apple has stuck with a resolution of 1334 x 750-pixels.

The iPhone 8 is IP67 certificated so you don’t have to worry about dust and water ruining your device.

One thing about Apple’s handsets is the color of the devices, they’re always stunning and aesthetically pleasing. This time around, the gold color sticks out the most. Combining the Gold with the glass panel creates an almost magical look.

The power/lock key is present on the right side of the handset, which is quite easy to access, and the Touch ID fingerprint sensor, located in the bezel of the phone. The mute switch and volume keys reside on the left of the phone.

The iPhone 8 runs so fast, it can blitz through almost any and every task you put it through. It runs the Apple A11 bionic, which is one the most impressive processor yet to be put forward by Apple. It has an impact on everything which is inside or related to the iPhone 8.

It has around 2GB of RAM and 64/256 GB of internal storage.  It also is running an IOS 11, which is the latest offering from Apple currently and the phone will be able to upgrade to IOS 12 in the near future as well. As far as IOS 11 goes, the control center has totally been revamped, Native apps have been tidied up and AR support is now available.

The camera isn’t much of a change from iPhone 7, there is a 12MP main camera, a 7MP front-facing camera.

Apple though, says that the camera of the iPhone 8 is better than the iPhone 7, as it is able to capture more light and better-quality videos.

The camera can now record videos in an astounding 4k at 60 frames per second. And 1080p at 240 frames per second, which is something many artists and content creators would love, since who doesn’t like getting breathtaking shots?

It’s said that the new A11 Chipset is much more efficient than its predecessor since Apple has reduced the battery size of the iPhone 8. It is now, 1821 mAh, which is an incredibly measly amount. Compared with the 1960 mAh battery of the iPhone 7.

They are a few things to note here, first things first, the new Apple iPhone 8 supports fast charging, so you can easily charge your phone, in around 30 Minutes and get 50% charge; which is the standard for fast charging. And, the device also supports wireless charging which is the way of the future.

I’d buy this phone if I was someone who loves to take breath-taking videos or looking to become a vlogger at any period of time. The Camera is the main good thing about the device, and the chipset is great as well, so I guess this could be your go-to phone. But if you consider the price tag, you’re probably better off with a google phone.