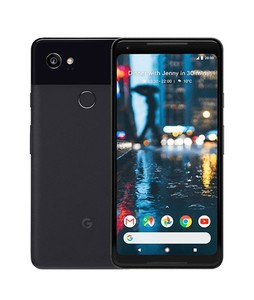 The product Google Pixel 2 XL is not available in any major online store in Pakistan. The lowest price was Rs. 79,500 in Dec, 2019.

The Google Pixel 2 XL comes with the Qualcomm Snapdragon 835, an octa-core processor, and an Adreno 540 GPU. The Pixel 2 offers great performance and the optimized stock Android version guarantees a lag-free experience. The benchmark scores for the Google Pixel 2 XL are 3379, 39143, and 170407 in Basemark OS II 2.0, Basemark X, and AnTuTu 6 which are slightly higher than that of the Pixel 2.

The standout feature of the Google Pixel 2 XL is its 12.2MP + 8 MP camera setup. The back camera comes with dual-pixel autofocus and it is a beast in both good lighting and low lighting conditions. The image quality is very impressive with photos coming out to be sharp, detailed, and fine-tuned. All photos look natural and the color reproduction is simply amazing. The HDR+ feature ensures that the Google Pixel 2 XL has a wide dynamic range too. As for the front shooter, it can produce detailed portraits that are sharp and accurate. You can even blur out certain or all parts of the background with the front camera on the Google Pixel 2.

The Google Pixel 2 comes with a 3520 mAh battery that has an endurance rating of 88 hours. The smartphone’s battery life is impressive and it can easily give you 24 hours of battery with heavy use including data connectivity. There is fast charging support too which can take your phone from 0 to 100% in just 1.5 hours.
Google has all ends covered for connectivity with the Google Pixel 2 XL with Bluetooth 5.0, NFC< and a USB 3.0 Type-C connector. Sadly though, there is no 3.5 mm audio jack so you will have to make do with the Type-C to 3.5 mm adapter that is included with the Pixel 2 XL.