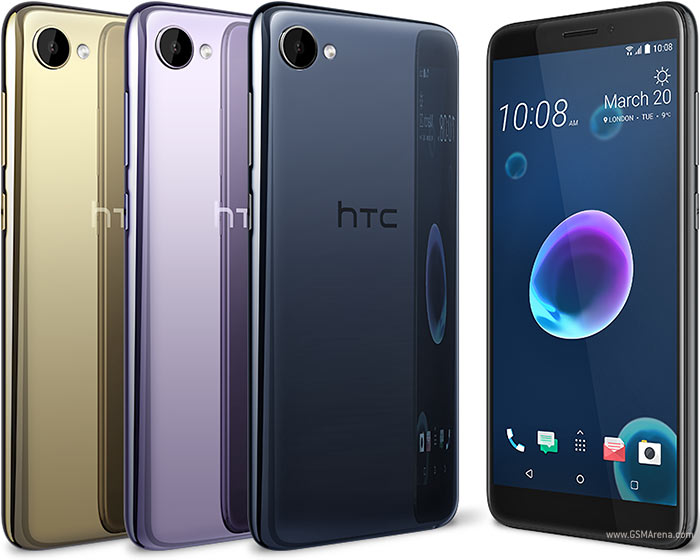 HTC makes a comeback to the cell phone market every once in a while and when it does, it brings with it, a game-changing product. In May 2018, it has released yet another cell phone worthy of being called a well-made piece of technology; the HTC Desire 12.

This phone presents itself as a not so heavy and sleek design which rests easily into the user’s hands. This is still considered a well-constructed design which offers multi-touch and a capability to withstand Dual Sim.

Both the front and rear camera are built at such a capacity as to work quite well and display results which certainly does not make one wonder if this really is a budget phone. With a respectable camera, a good amount of RAM and a slightly long-lasting battery, this phone took the tech market by storm.

The Desire 12 features an IPS LCD capacitive touchscreen with 16M colors, all packed within a body which holds a 5.5-inch screen and an approximate of 74.2% screen-to-body ratio.

The chipset built within the Desire 12 is the Mediatek MT6739 alongside a Quad-Core 1.3ghz CPU and a PowerVR GE8100 GPU capable of handling numerous tasks and quality. The Android version factory installed is 7 (Nougat) which means the phone software is up-to-date and the phone will not be rendered obsolete anytime soon.

The phone offers up to 3GB RAM and 32GB ROM along with a microSD capability of up to 512GB. The Antutu scoring of HTC Desire 12 is about 35.262 which is better than more than half of the smartphones and gives competition to a similar budget phone featured by Lenovo; Lenovo K5.

The Desire 12 hosts a powerful 13MP rear camera with a 2.2 aperture, all set with a LED flash. Its further features include Geo-tagging, touch focus, HDR, panorama. The front camera is designated to run at 5MP with 2.4 aperture and 720p quality.

The video capture capability of this phone is recorded to have been said phenomenal with 1080p at 30fps which is quite stable and smooth.

The HTC Desire 12 is running on 2730mah of Li-ion non-removable battery. Though it might lack in mah quantity to some users, it more than makes up for it in its camera features and the fact that it works RAM up to 3GB.

GPS, Bluetooth are all part of the package this phone comes in. Additional features also include Accelerometer, Compass along with a 3.5mm Jack and Active noise cancellation with a dedicated mic.

The writer of this review feels that this phone is quite the dependable phone since it offers an assortment of capabilities and features in a budget range.

The camera and RAM alone on this phone make it a piece of technology worth looking over when browsing for budget phones.