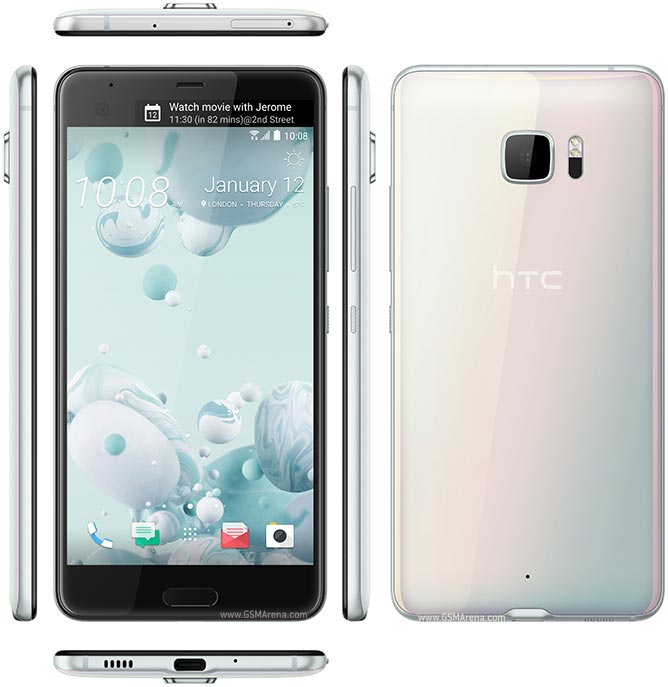 The product HTC U Ultra is not available in any major online store in Pakistan. The lowest price was Rs. 61,990.

Now here is a phone brand that has always been known for releasing unique phones with quite the high-end features, especially when it came to RAM and screen size. That is right, I am talking about HTC and its game-changing phones such as Desire and HTC 1 which shook the world of tech when they were first released.

Ever since it first came to the market, HTC has always managed to astonish its audience and users with some of its very outstanding and brilliant features. The HTC U Ultra is no less in its capability to do the same to its users.

The phone comes packed in a 5.7" screen which is large screen size. It feels and sounds so enormous, it almost feels like a mini tablet in your hand so I would suggest being careful when taking it in and out of pockets. Even the weight of the phone is slightly heavier than most phones. This can also be an indication of premium quality since it holds a front and back glass along with an aluminum frame.

Even the 64GB version of this phone includes a Sapphire crystal glass which is strong protection. The phone is held back by the Hybrid SIM slot though; either keep an extra contact or extra storage but not both together.

The phone works on everyone's favorite chipset type; Snapdragon. More than that, this is Snapdragon 821 which is a hugely impressive chipset, very powerful and has four whole cores to handle all that power. The Android version starts off at Nougat and can be upgraded to Oreo.

Now, a really impressive feature; The RAM. It offers up to 4 whole GB of RAM so this means heavy multi-tasking and gaming on high settings with minimal to no lag and hardly any drop in frames.

The main camera of this phone features 12MP which produces decent to good quality pictures with videomaking at 720p giving 120fps. This means a really quite smooth recording.

The selfie camera of this phone features a staggering 16MP capability which is more than enough to handle outdoor, indoor and low light photography as well.

The phone runs on a 3000mah battery, which you could say is one of the drawbacks of the phone since one can find phones with more battery power in a much less budget. Then again, those phones would not offer this type of chipset or camera, RAM maybe.

Additional features include Bluetooth, GPS, NFC but no radio available.

In my opinion, this phone is worth the buy if you really want to go for a flagship phone with over the top features and you don't mind a mediocre battery power.