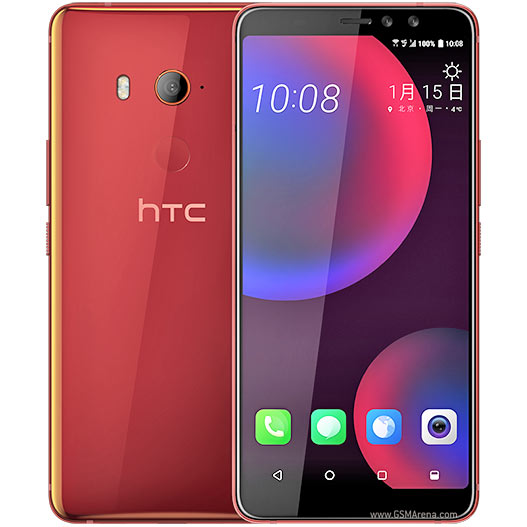 The product HTC U11 EYES is not available in any major online store in Pakistan. The lowest price was Rs. 41,499.

HTC U11 Eyes, as the name explains is a phone intended for camera fanatics, but it is so much more than that. With a great body, brilliant display and competitive specs, the HTC U11 is like the Croatian team of the Football world. Nobody expected it to be so good, but it has surprised everyone.

The Taiwanese company has been working quite hard in the smartphone industry lately. Bringing one quality phone after another, they have now presented us with the HTCU11 Eyes which shall surely blow you away. As all the current flagship brands are doing something differently, HTC has been following onto that and has presented us a smartphone with Dual lenses, which is definitely going to stir up something exciting for the mid Range smartphone market.

The Design is overall the same from the standard sleek Liquid Design from the U11+ though they are a few changes to accommodate the price of the new device.

It comes with a 6 inch, Full-HD+ Super LCD3 display. With a resolution of 2160 x 1080 pixels and an aspect ratio of 18:9 which is the absolute necessary size for an average smartphone user. Also to top that off, it’s covered in Gorilla glass, for added protection.

The Cameras fit in perfectly, there is even a ring around the main camera, which allows people to differentiate it from the U11+. The former having a thinner and shinier one, it’s more apparent on the solar red version due to the amazing and aesthetically pleasing combination of the gold ring and thesilky red body.

The phone is not only pleasing to look at, but is even quite light to hold. HTC has definitely worked hard on it in this regard and according to multiple users who have used it, they are quite impressed with the sleek design of it, so it’s safe to say that the design has paid off.

The charging is quite simple as there is a USB-C port to enable fast charging for the device. As for the Audio, Jack HTC recommends us to use their very own USB-C Digital to 3.5mm Audio Jack Adapter which is available in the box. This is quite a new idea for HTC smartphones altogether and it is probable that they shall be taking this forward and improvising on the idea further.

The HTC U11 EYEs have got this covered as well. For around 650$ you get 64 GB internal storage and a 4 GB RAM. That 64 GB which you thought was less, can be increased to an astounding 2TB via MicroSD which will allow you to download and access all the data you desire.

The phone has an octa-core Qualcomm Snapdragon 652 chipset which is soon to be approaching 2 years now.

This is definitely something out of the box as not many companies are ready to use something from 2016 on a brand new smartphone.

Now, this is probably the real reason you’re reading this review right now. It all comes down to the camera, those stats I mentioned above are for nerds right? Nah, that's not true.

The Camera is, in simple words a beauty. 12MP back camera and a Dual 5mp front camera. For those people who are interested in capturing almost magical shots in 4k, this phone can do that for you through the camera on the back. Talking about the front camera, there is just one slight disappointment which is due to the 5MP with f/2.2 aperture plus a wide 80-degree view. Which is due to the original being better off in this field. The camera can also record 1080p from the front facing camera, the lens near the earpiece is responsible for that.

The camera is also responsible for facial recognition and is able to comprehend the difference between a masked face and an unmasked one, the facial recognition is a level above than the previous phones and you are also able to pair it up with Edge sense unlock.

There’s a 3930 mAH battery which probably will fulfill almost all your needs. Everyone needs a reliable battery to make sure that during those rainy days, the phone doesn’t leave them hanging. You can use this phone after putting it on charge for an hour a day. It may give around 12/13 hours of power, but due to the power of fast charging you’ll be using it non-stop.