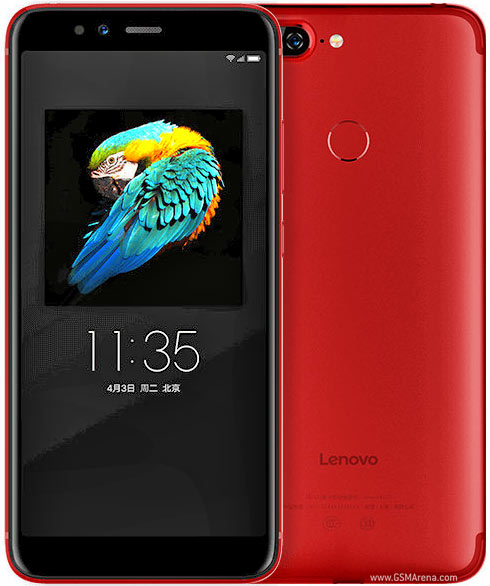 Throughout the years we’ve seen an astounding amount of manufacturers enter the mid-range smartphone realm, the Lenovo S5 is the latest addition to the company’s arsenal with one thing in mind; budget.

Lenovo is a company well renowned for its laptops, more than its phones. However recently it moved to acquire Motorolla; a pioneer in the smartphone making industry. And ever since then has been producing some pretty good phones. The all new Lenovo S5 is no exception. From its large 5.7” screen to its sharp 13 MP camera, the S5 is bound to give the top-notch phones a run for their money!

The S5 is in no way a unique phone. It shares the bloodline of the Google Pixel and many other android phones. But that doesn’t necessarily mean that it has a bad design; in fact quite the opposite. Lenovo made sure to add all the features that mattered. Weighing only 155 grams, the S5 feels light on the hand. It boasts a large 5.7” screen that gets the job done. From watching media to playing games, the screen always seems sufficient.

The S5 has a front glass and aluminum body that makes it look premium and at par with other flagship devices. Also as a bonus, there’s a red color variant available that makes the phone look ultra luxurious and pleasing to the eye.

With the S5 Lenovo has opted for the dual camera setup, a growing trend seen amongst the new emerging phones in 2018. With the dual lens, you are guaranteed to have a sharper, crisper and vivid image quality. Also due to the dual camera, a “portrait mode” option is also available. Another notable feature of the dual lens setup is the option to record video at 2160p at 30 frames per second.

Moving towards the front of the phone there is present a 16 MP selfie shooter. Another good thing about the front camera is that it is able to record video at 1080p.

In the age of bezel-less screens and unnecessary compromises made by manufacturers to their phones, it’s refreshing to see Lenovo still retain the headphone jack, have expandable storage, and have a dual-sim option in the all-new S5.

The S5 also comes with Bluetooth 4.0, which is the fastest version of Bluetooth up to date.

The S5 comes with a SnapDragon 625 installed that makes the phone seem buttery smooth. To add to that experience the phone has a 4 gigabyte RAM which makes it even more seamless. The phone breaks no sweat when multi-tasking and games run as fast as they would on flagship phones.

The battery is the most integral part of the phone. It won't matter if your phone costs a thousand dollars with all the latest specifications if there’s a weak battery that needs charging every 4 or 5 hours in it. Which is why Lenovo added a 4,000 mAH battery in the new S5 which will be more than enough for your everyday tasks and ensure that it lasts the whole day.

To top it all off Lenovo S5 comes with USB-type-C; which reduces charging times significantly as compared to micro-usbs. So you won’t have to worry if you wake up in the morning and realize you forgot to charge your phone up, it’ll charge up to 50-60% in no time!

At under 200$, the Lenovo S5 is a bargain. What with the latest and greatest specifications, expandable storage, a headphone jack, dual-sim option, dual camera setup and 16 MP selfie shooter, this phone delivers more value than what it is worth.