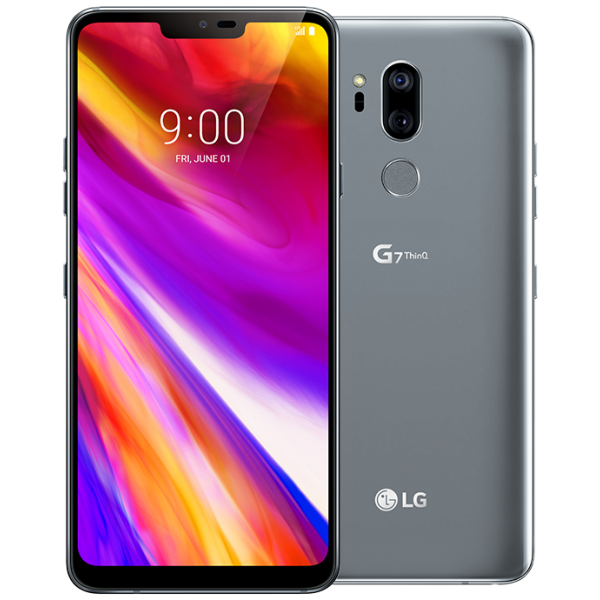 The product LG G7 ThinQ is not available in any major online store in Pakistan. The lowest price was Rs. 119,999.

LG's latest smartphone is a powerhouse that will leave you in awe. It has very high-end specifications, a modern design to back it, a large battery but as a whole can be a boring phone. There aren't enough unique features to justify the high price tag of the phone and the cameras also fall short compared to other phones in the same price category.

The LG G7 ThinQ is LG's best phone in many years. It has a super bright LCD that is easily viewable in direct sunlight and many other features that make it a powerful flagship phone.

Out of the box, you'll get a large 6.1-inch display, AI cameras, a boombox speaker which is surprisingly loud, a powerful hardware profile, latest Android, and UI. But the phone is insanely expensive in Pakistan even crossing the price of Samsung and Apple's flagship phones.

The high price point of the phone and lack of technical support by LG in Pakistan makes it a least favorite flagship phone compared to the Galaxy, iPhone, and Huawei flagships.

Let's have a detailed look at whats on board LG's latest and greatest.

Let's be honest, with a price tag of over 1 Lakh rupees, the LG G7 ThinQ has a surprisingly dull outlook. LG themselves have said that the design of the phone hasn't been the major focus in developing this phone. The company is more interested in pushing Artificial Intelligence to the phone instead of working hard on the design.

The phone feels solid and really good in the hand but just by looking at it from afar, it fails to impress.

The LG G7 ThinQ houses itself in a unibody design made with metal and glass. The front is occupied by a large screen with a notched design and a glass coating. The screen is super bright and will please anyone who prefers having a good screen on their phone above else.

The famous sleep/wake button and the volume buttons that were placed on the back of LG's previous flagship phones are notably missing and have been placed on the side of the phone instead. This may disappoint long-time users of G series.

LG G7 ThinQ's cameras are very impressive. This high-end phone uses machine learning and artificial intelligence to improve your photos. With already great camera hardware in place, the photos get an extra treatment of love with AI.

All photos taken from the main camera appear extra bright and vibrant and the AI fixes the photo immediately as you take a shot, giving them extra detail and further increasing their quality.

The camera app has so many features that it may take you a while to learn all the good stuff you can do with these powerful cameras.

Another thing worth mentioning is that the ThinQ's main camera has an ultra wide field of view which in simple words mean that you will be able to capture more area within a photo compared to other phones.

The LG's flagship phone in 2018 has one feature that many phones are missing today; a loudspeaker. The boombox speaker is pleasantly loud which means you won't always require to wear your earphones when you want to listen to something.

As far as the performance is concerned, LG has finally hit the perfect note by adding the latest and greatest Snapdragon processor to its flagship phone. Expect smooth and fast operation with high-quality 3D games running like a breeze on the phone.

The phone houses a 3,000mAH battery which is pretty normal for any phone out there. With such a large and bright screen, the phone will still give you all-day usage which should be enough for enthusiasts. Modern features like fast charging are also available for a quick charge. You will also be able to charge the phone wirelessly.

Out of the box, you'll get Android Oreo 8.0 support with LG's beautiful custom UI. We're really happy that it does not come with too much bloatware.

LG's latest smartphone is a powerhouse that will leave you in awe. It has very high-end specifications, a modern design to back it, a large battery but as a whole can be a boring phone. There aren't enough unique features to justify the high price tag of the phone and the cameras also fall short compared to other phones in the same price category.