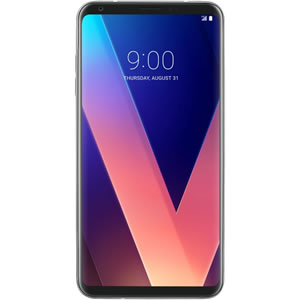 The product LG V30S Plus ThinQ is not available in any major online store in Pakistan. The lowest price was Rs. 1,534 in Aug, 2020.

The LG V30S+ ThinQ is the storage-plus version of LG’s first premium offering of 2018. With great performance, an outstanding camera, and a brilliant edge-to-edge design, the LG V30S+ ThinQ has all the ingredients for being one of the best smartphones of 2018.

With the V30S+ ThinQ, LG has chosen to favor the curve instead of the notch which is now becoming standard for most smartphones in 2018. The LG V30S+ ThinQ features a beautiful edge-to-edge design with the 6.0-inch display perfectly placed on the front with extremely thin bezels. The front and back of the LG V30S+ ThinQ are made of glass with Corning Gorilla Glass 5 protection and the frame is made from high grade aluminum. The LG V30S+ ThinQ is MIL-STD-810G compliant and IP68 certified as well which means that the smartphone is shockproof, waterproof, dustproof, fireproof, and practically highly durable.

The LG V30S+ ThinQ is a 2018 flagship smartphone that comes with the flagship Qualcomm chipset from 2017, the Snapdragon 835. There are a few eyebrows raised at that statement but the LG V30S+ ThingQ is able to justify this with its exceptional performance. With an octa-core processor, an Adreno 540 GPU, and 6 GB of RAM, the V30S+ ThinQ is able to handle HD gaming, video playback, and heavy multitasking smoothly without lag, as you would expect from a flagship. The benchmark score for the LG V30S+ is 160289 in AnTuTu 7 which is not quite as high as the likes of Google Pixel 2.

The camera on the V30S+ ThinQ is superb and the image quality is actually quite pleasing, especially under good lighting conditions. The LG V30S+ ThinQ has a dual rear camera with a 16 MP primary sensor with optical image stabilization, laser autofocus, and phase detection autofocus, and a 13 MP wide-angle camera as well. The color reproduction of the camera is excellent and the images turn out to be quite crisp and clear though the dynamic range is not as wide as that on the Galaxy S9 or iPhone X. There is no telephoto camera on board for added detail, as well, but the wide-angle camera helps you add more to a scene. The noise reduction technology used by LG is helpful under low lighting conditions and you can take great pictures in low light with the V30S+ ThinQ as well. As for the selfie camera, it has two field of view modes but since there is a single sensor on the front, there is not much difference in the pictures taken. Overall, the camera on the V30S+ is quite good for both capturing scenes and taking selfies.

The LG V30S+ ThinQ comes with a 3300 mAh battery to accompany the 6.0-inch P-OLED display. The battery is not the most impressive out there but it seldom is with these thin and beautiful flagship smartphones. The V30S+ ThinQ is able to take you through the day on a full charge though and with QuickCharge 3.0, you can take the phone from 0% to 50% in just 36 minutes so you should not be disappointed with the battery time of the smartphone.

In terms of connectivity, the LG V30S+ ThinQ has all bases covered with the Bluetooth 5.0, NFC, FM Radio with RDS, USB 3.1 Type-C connectivity, and yes, a 3.5mm audio jack.