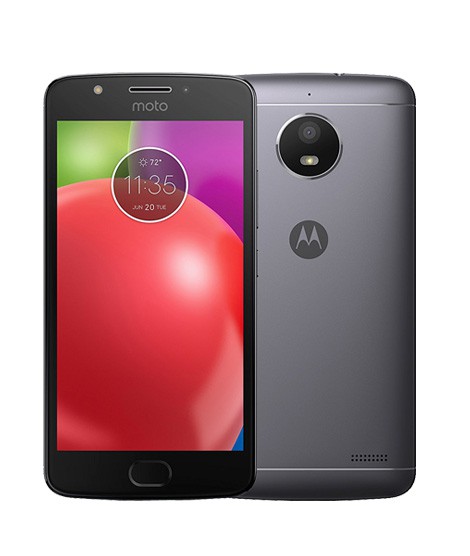 The Lowest price of Motorola Moto E4 plus in Pakistan is Rs. 10,500, and the estimated average price is Rs. 10,500. Previously the price was Rs. 10,000 in February, approximately a 4% increase. Latest Dec 2022 price from tracked on major eCommerce stores all across Pakistan.

The Moto E4 Plus is something which Motorola has had in the works for a long long time. They made sure to keep it a surprise so that the Audience would be blown away by it. We definitely aren’t blown away but we are surely taken aback. A massive battery and a premium touch to a not-so-premium phone. This is going to be interesting.

The prices are collected from the best online stores in Pakistan like Symbios - updated Dec 2022. 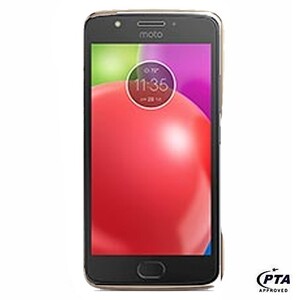 Standing out from the common rabble ain't easy, which is why every other economy phone has the exact same specifications and design. Well, mostly at least. This is why the Moto E4 Plus stands out from the rest, Motorola did something which most high-end smartphone manufacturers haven't done yet. Putting a huge battery on a phone. That's why it's different and different is what my money is worth.

The Moto E4 Plus comes with a full aluminum body design and with huge bezels on both top and bottom. Huge in a sense, since these are bigger than the usual which we get. You're getting a 5.5-Inch LCD display and a resolution of 720x1280p, which considering the price tag, is totally fine with me. And then Gorilla Glass 3 for your protection.

Because of the size of the bezels, you'll only be getting a 69% screen-to-body ratio on the phone. Which is a little less, but it just might work if you're fine with improvising.

Then there is the fingerprint sensor which is in the same place as any other Motorola device, just below the screen and you can also get it to double as the home button.

Then there is the SIM Tray which doesn't exist. You'll have to pull the back cover to insert the SIM and micro SD card just like the good old days. The removable back cover doesn't mean that the battery is removable, the battery isn't in any way. The volume rocker button and the button are on the right side of the phone.

The Display is nice and sharp you probably won't see any pixelation issues unless you look at it with a really close eye.

The Device is great to work with! It comes with a Qualcomm Chipset the Snapdragon 427 with 2GB of RAM and 16GB of Internal Storage. Though with an extra 20$ you can get 32GB of more storage to add to the already 16. Which is reasonable to say.

The Processor ain't the best, to be honest, you'll have a few stutters going through a high intensive game, but if you're playing an undemanding game then performance wise it'll all fine.

When you talk about multitasking, you better not have to open all the apps on your phone at the same time and then try to open multiple windows in your browser. This will literally leave your phone in ruins. As long as that isn’t your type of multitasking then the phone has you covered, otherwise, you should consider other options.

Like every single other Economy phone, the camera is just fine. I mean, this all really boring for me as I’ve seen literally the same quality on other budget devices. Now there’s a 13MP rear camera on the device, which lacks total stabilization as a whole, either the photo doesn’t render properly or the result is just terrible. Definitely one of those things. The selfie camera is satisfactory, a 5MP camera is always going to be just satisfactory nothing more to say here.

The main aspect of the phone which we’ve all been waiting for! The Grand 5000mAh battery. Now, this is really something, a battery which can last you 2 days! This is just what it says on the cover, according to reports even with full use, the battery can last up to 64-68 hours which is certainly incredible!

If that battery life won’t save you in your time of need, then the fast charging will. The thing is though, even with fast charging you have the entire 5000mAh battery cell to complete, so it’ll take like a load of time. And, the charger is something you get out of the box, so you'll have to have it with you all the time. The phone is fine I'd say, there are better cheaper phones out there in the market, so I'd suggest scouring the marketplace for a little more time.