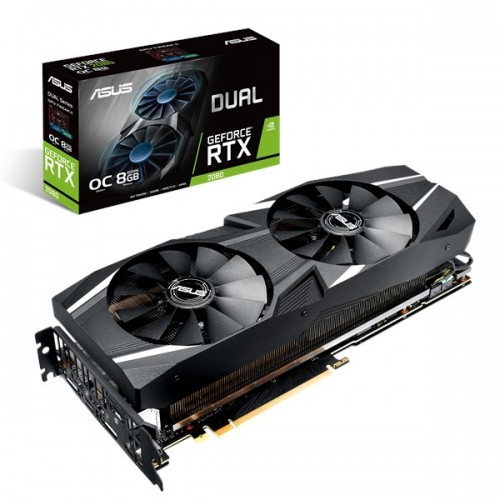 Nvidia Graphics Card prices have gone up 4% in the last 30 days. Nvidia RTX 2080 is available at very limited stores online.

High-end gaming was once nothing but a dream for every gamer in Pakistan. However, thanks to readily available products and a large market, the dream is slowly becoming a reality. Premium PC components are making their way into Pakistan more easily these days. In fact, the GeForce RTX 2080 is one great example of this. People who prefer high-quality visuals know how great this card is. If you play at 1440p or higher, this one worth considering. So, if that fits your bill, then the GeForce RTX 2080 is for you. On its initial launch, it packed quite a punch. Even in 2021, the RTX 2080 in Pakistan is a great graphics card for high-end performance.

The prices are collected from the best online stores in Pakistan like iShopping.pk - updated May 2022. 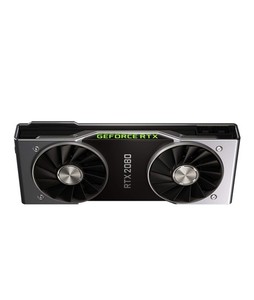 We doubt that the Nvidia GeForce RTX 2080 needs any sort of introduction. It’s a premium graphics card that was launched in September of 2018. This GPU is built on the Turing architecture and is a part of the RTX 2000 series. It uses a process size of 12nm. Furthermore, the RTX 2080 packs performance close to the 1080Ti, even at higher resolutions. We’ll talk about this more in detail.

Let’s quickly get the numbers out of the way. The RTX 2080 uses the Nvidia TU104 Turing graphics processor. It has 2944 Cuda Cores, 184TMUs, and 64 ROPs. This card has support for ray tracing and DLSS out of the box, and it is one of the first to do so. For memory, it uses 8 gigabytes of GDDR6 VRAM on a 256-bit memory bus.

The base clock is rated at 1515MHz, and it can boost all the way up to 1710MHz. Moving on, the memory clock is rated at 1750MHz. Effective memory bandwidth is 14 Gbps. The process size is 12nm, which is the same for all Turing video card.

To no one’s surprise, the RTX 2080 is an excellent performer. It’s a high-end premium product, and it acts like one. For those who need raw performance, this is one of the better GPUs for it. If you’re spending this much on a graphics card, you likely have a 1440p or 4K display. If that’s the case, you’ll be quite happy with this card as the numbers represent excellent overall performance.

In games like Battlefield 1, Far Cry 5, Arma 3, and GTA V, we’re getting well over 100fps at 1440p. Overall performance is quite similar to the 1080Ti, which is quite impressive. This card is also perfect if you want to play competitive games like Rainbow Six Siege at a high refresh-rate and high resolution.

The numbers still stay impressive even if we move to 4K. In fact, considering the resolution, the numbers are arguably even better than the 1440p results. We’re looking at an easy 60fps in most modern titles, with a select few dipping below that. Battlefield 1 stays at 77fps, Far Cry 5 holds steady at 61fps, and Arma 3 does well at 85fps too.

If you’re skeptical about ray tracing before, this card might change your mind. Sure, ray tracing still comes at a performance hit, but it’s gotten a bit better. More upcoming games have native support for ray tracing built-in. The optimization has also gotten better, which means performance is quite decent with the RTX 2080.

If you’re not familiar with ray tracing, it’s a rendering technique that produces almost realistic lighting effects. It works by tracing the ray of lights, and how they respond when bouncing off objects. With the right game, the result is quite impressive.

The RTX 2080 has another trick up its sleeve. This time around, it is called Deep Learning Super Sampling or DLSS. The second-generation or the 2.0 version of it has gotten much better. It works by rendering the image at a lower resolution, and it uses Nvidia’s upscaling technique to bring back the visual quality.

With DLSS 2.0, you can get quite a major boost in framerates. This is important if you have a game that supports ray tracing. Turning on DLSS with that is a no-brainer. It will give you quite a bit of performance back that would have otherwise been lost due to RTX.

Overall, the RTX 2080 shows that you don’t need to jump on the newest releases all the time. Sure, Ampere is released but availability is scarce. In a lot of games, the RTX 2080 still manages to hold its own. Considering the price of the RTX 2080 in Pakistan, it might be worth it. Of course, all of that depends on what price you get.