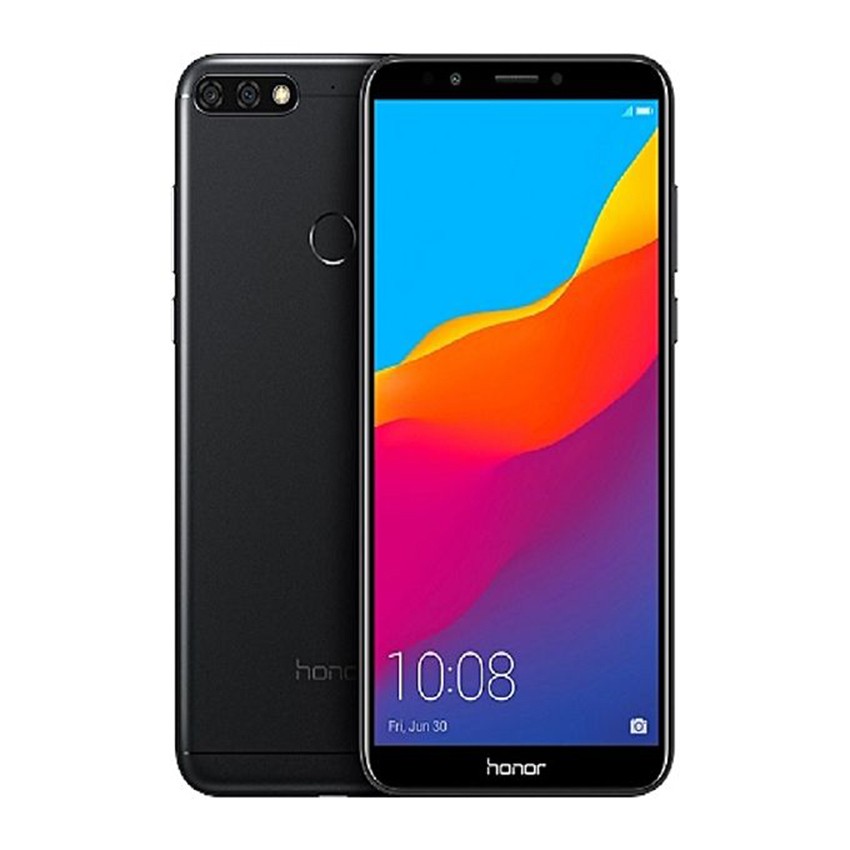 The product Huawei Honor 7A is not available in any major online store in Pakistan. The lowest price was Rs. 25,000 in Jun, 2020.

The Huawei Honor 7A is a budget phone at best. If you are looking for a performance powerhouse phone, you may not find what you are looking for here. But the good news is that the phone has a good screen and a decent camera with trendy features like face unlock.

Released in May 2018, the Honor 7A is Huawei's budget phone to fill out the lower-end range of its phones. Priced at just RS. 17000, the 7A is one of the phones from two budget phones announced by the company.

For those looking for a budget phone with a decent performance in terms of application use and camera, the Honor 7A should provide you with enough features to stay up to date in 2018. Let us check out what the phone offers one by one.

Design and Display of Honor 7A

Many handsets at this price range feel like as if they are toys, but in the case of Honor 7A, thankfully the body feels solid enough to say that it isn't made with cheap materials. The phone has a plastic body but has a laser-like finish of the Honor 10.

As far as the display is concerned, you may find the Honor 7A lacking behind the competition. It has a big display no doubt but that display only gives out a resolution of 720p which can often show a pale and uninteresting display. But since this is a phone that is priced at the lower end, this is acceptable by most standards.

The biggest thing that surprised about the phone was the Face unlock feature. It was surprising to see this modern feature on a low-budget phone.

Battery life of Honor 7A

The Honor 7A houses a 3,000mAh battery which is good enough to last you the entire day given that you do not use it to play games at full brightness. But since the screen has fewer pixels to power, the battery ends up giving you enough juice. The phone may also suffer from the use of constant 3G.

Just remember that this phone does not have the new USB C port or Fast charging.

Camera performance of Honor 7A

Perhaps one of the best things about the Honor 7A is its dual camera setup. You won't find any phone giving you this setup at this price range. However, the phone camera application is sub-par and causes lots of delays.

The camera performance, on the other hand, is as decent as it can get in a budget-friendly setup. Don't expect to take great looking photos in low light situations. But if the light is plenty, the results may often surprise you.

The front selfie camera specifically performs great with good light present in the room. The phone has a bright LED light to help you take photos in lower lights with its 'selfie toning' feature.

Interface and performance of Honor 7A

The Honor 7A runs natively on Android 8.0 Orea and has a good overlay. However, the phone comes preinstalled with a lot of bloatware that we never actually used.

As far as the performance is considered, you shouldn't be surprised to hear that the phone is unable to provide good performance especially when it comes to playing games. The phone doesn't house Huawei's HiSilicon Kirin line of chipsets instead it has a subpar Qualcomm Snapdragon 430 with eight Cortex A53 cores which are old and not pretty good for 2018.

You will also only get 2GB of RAM which results in sluggish performance overall in demanding games. But for day to day usage, these specifications are good enough to let you use the phone without hiccups.

It is important to note that Honor 7A only has 16GB of internal storage so you will be forced to use a microSD card.

The Huawei Honor 7A is a budget phone at best. If you are looking for a performance powerhouse phone, you may not find what you are looking for here. But the good news is that the phone has a good screen and a decent camera with trendy features like face unlock.