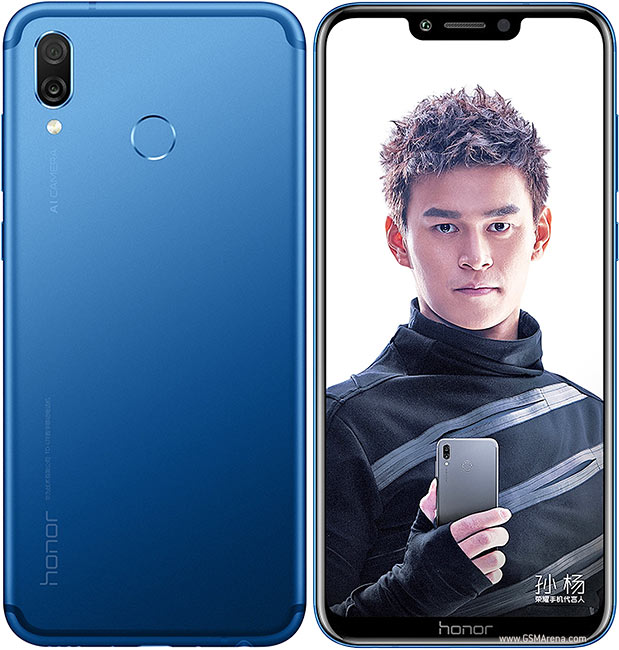 The Lowest price of Huawei Honor Play in Pakistan was Rs. 41,999.

The product Huawei Honor Play is not available in any major online store in Pakistan. The lowest price was Rs. 41,999.

The Huawei Honor Play is a large phone in all aspects. It has a titanic 6.3 inches screen with 16 MP rare dual cameras. Inside the phone, 6 GB of RAM makes sure you get the best of all apps imaginable. The large screen needs a lot of battery which this phone does well thanks to its big battery capacity.

Honor's latest offering the Honor Play phone is a pretty good phone especially if you love playing video games. Honor is a subsidiary of Huawei which is one of the most popular phone manufacturers in Pakistan. The Honor brand from time to time release great phones that are both affordable and offer value for money.

The newest Honor Play is an all-around performance oriented phone which has a large screen with a good resolution, aimed mostly at people who play games for long periods of time. Let's have a detailed look at what the phone has on offer.

Design and Display of Honor Play

The Honor Play is a sharp phone no matter from which angle you look at it. It has a large notched display with a sharp panel. Although the screen offers a bright display, it leaves you wanting a bit more when you take it in the sunlight.

As for the design, Honor Play feels like a premium phone as soon as you lay your hands on it. It has a metal body construction and the overall build quality feels very solid.

The Honor Play features a very powerful Kirin 970 CPU accompanied by their new turbo GPU. This combination of CPU and GPU enables you to play all the high-end video games on the phone without ever coming across any lag.

You can easily compare the performance of this phone with a flagship phone. The phone also natively runs on Android 8.0 Oreo and EMUI 8.2. In general, Honor Play feels like a very Huawei phone out of the box and has some pretty good applications installed from the start. However, we found out that it also comes with a lot of bloatware which cannot be removed.

The battery life of Honor Play is also quite commendable since it was made for long stretches of heavy use. You should easily be able to use the phone for up to 10 hours without failure when fully playing games, browsing or recording videos.

Honor Play is essentially a phone that offers good performance in terms of usage. When you look at the camera results, you may be a bit disappointed. This phone is not intended for high-grade photos. The photos taken from the phone are decent in good light situations but severely lack in quality when the light disappears.

On the front side, you'll get a 16MP camera just like at its rear which is able to produce decent selfies with bokeh effect.

The Huawei Honor Play is a large phone in all aspects. It has a titanic 6.3 inches screen with 16 MP rare dual cameras. Inside the phone, 6 GB of RAM makes sure you get the best of all apps imaginable. The large screen needs a lot of battery which this phone does well thanks to its big battery capacity.