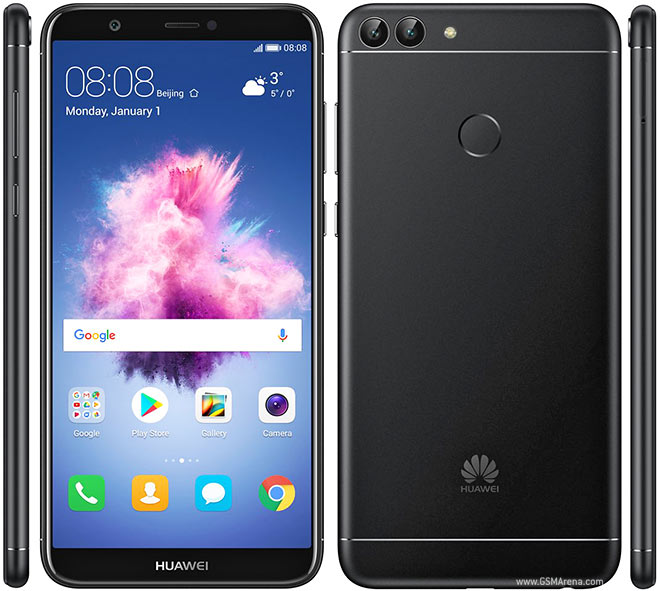 The product Huawei P Smart is not available in any major online store in Pakistan. The lowest price was Rs. 18,000 in Aug, 2022.

Huawei is sincerely trying their best to reach out to those people who have been deprived of good smartphones due to the sky high prices. Now, I’m definitely not saying that the P smart is dirt cheap but, it truly does pack quite the punch.

Huawei has certainly changed things around by adding the Huawei P Smart to its roster. It’s definitely a change from the all affordable Y-series which weren’t getting much applaud from anyone. Even though they were very affordable, but they weren’t really that good, since they didn’t meet the expectations of the consumers. The P smart is mainly a sub-£200 phone and should be treated likewise, and not to be compared with a £500 phone. With an 18:9 aspect ratio and a 5.65 Inch screen, the Huawei P smart definitely could become a top end phone in the nearby future.

The Huawei P smart is available for purchase all around the world right now, and it doesn’t matter where you’re living, right now you can go out and buy it from your nearby store.

The design is in plain words, stunning! Its body is made up of a single aluminum block, which shall make sure that the phone remains sturdy. The phone though itself is made up a single sheet of Aluminium, which is something that Apple has been doing, for a few years. Though the phone is quite sturdy, it is prone to paint chipping as it is, after all, an aluminum phone and most of the devices made up of it have a bad history.

The device’s design is quite sleek in fact, the matt may seem perfect to you but to those people with an O.C.D (Obsessive Compulsive Disorder), you might not like the fact that when placed on a surface the back may become greasy and absorb any and most residue present on the surface. This is just a minor detail which may ruin the entire experience for you.

The screen is fine as well. With a 5.65 Inch LED screen, and an 18:9 aspect ratio I’d bet this size is perfect for you. The screen itself takes around 76% of the entire phone and goes straight up, leaving little room at the sides. You can see Huawei inscribed at the bottom of the screen, which is quite a weird place to put the name of a company as I myself, am used to having the name at the back or at the top of the phone.

The Bottom of the phone houses the 3.5mm Audio Jack and a Micro USB port. The Right side of the phone has the power button and volume rocker buttons. While the Micro SD/ Micro SIM tray occupies the left side.

The Display is definitely overall better than the other budget phones of Huawei. To be specific, it isn’t the best display which Huawei has to offer, but at this price tag, it is surely the finest.

At this price point, one cannot expect a full-blown flagship device. And the Huawei P smart retains all of our expectations as it itself is a mid-range smartphone which has a lot of flagship features which make the device enticing. The Kirin 659 processor running on the phone is quite fast, but it does stutter if you’re playing an intensive 3D game. Usually, a phone of such range uses a Qualcomm or MediaTek CPU. But as the Processor is made by Huawei’s subsidiary, it was probably the better option for the company.

It has around 3GB of ram which is totally fine and has become the standard for economy phones like these. It also has 32 GB of Internal storage which will allow you to download all your favorite apps and games. And it is also Expandable to around 256 GB.  Huawei has its own personal skin which is formally known as, the EMUI 8.0 Skin. While the phone comes with Android Oreo and the skin layered on top of it. The EMUI has totally been upgraded and there are still more touches being delivered on top of the already existing Emotion User Interface.

For being one of Huawei’s Budget phones, the phone is quite nice. Of course, there shall be hiccups once in a while, excluding that though, the phone runs quite smoothly overall.

Huawei has made a lot of Dual-camera phones than any other manufacturer, but the camera set up on this is one of the low-end ones. There is a 13-megapixel sensor and a 2-megapixel sensor to provide depth information. The camera on this serves a special purpose, for wide aperture shooting, and to blur out the background or the foreground for a dramatic effect.  Except that though, in broad daylight the pictures come out quite nice but, in low light, the image quality decreases astoundingly.  The front-facing, 8-megapixel camera is also just mediocre. Nothing much more to say about it.

A 3000mAH battery cell isn’t much actually but it does meet the standards of a phone like the P smart. You can last your working hours with this phone, by using the phone for minimal use such as responding to messages, scrolling through social media or even listening to music. These types of activities allow the phone to be used for the entire day.

One main thing which I didn’t like about the phone was that fast charging was not enabled, which is really essential in today's world. But that being said it’s still fine as in around 1 and a half hour you can get a 100% charge on the device which is fine with me.

In short, the phone is fine. It has its ups and downs but we really should consider it if we’re looking for a budget smartphone which can last us and is worth the money.