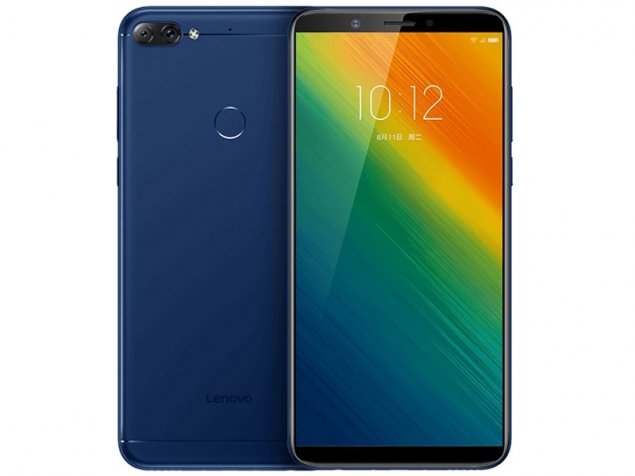 Lenovo K5 Note 2018 is out to dissapoint many with its low-tier hardware and a sub-par display, but let's see where they haven't cut costs and has followed the trends of 2018 to stay relevant in the sea of markets just out to please the masses with the looks. Let's tear it all apart and see where the K5 Note 2018 stands!

Lenovo revamped their K5 Note from 2016 and launched the Lenovo K5 Note (2018) with a better hardware and design than its predecessor. It is a budget phone with amazing specifications and features. The phone is available in 3 colours; black, blue and gold.

Lenovo K5 Note (2018) comes with a 6 inch display and a screen resolution of 720 x 1440 pixels. Stretched on the aspect ratio of 18:9, with a pixel density of only 268ppi, the display is hardly satisfying. I mean who misses out on a good display? That's literally the only thing you look at on the phone every time you use it. Cut costs on anything (please don't) but the display!

Design wise, there is a hybrid sim slot, the metal body makes it feel more premium than their other devices. That's about it in the design department, nothing worth wasting your time over.

It is powered by a Snapdragon 450 chipset and runs on Android v8.1 Oreo whereas majority of the competition is still stuck on the nougat update. The phone comes in two different storage configurations, 3GB RAM + 64GB internal memory, or 4GB RAM + 64GB internal memory; both storage can be expanded up to 256GB via the use of a micro SD card. Again, the chipset is really a huge disappointment given that the 400 series is the weakest you can go on the Snapdragon. Why cut costs on such important things? Ugh, defies logic honestly.

The Antutu score of the K5 Note 2018 is only 45K, that is literally so sad. I guess that is a new trend Lenovo is after, who can make the most expensive budget phone with literally nothing to back it with? Whatever it is, Lenovo needs to rethink strategies.

The phone has a 16MP rear camera with AI capabilities and f/2.0 aperture, combined with a 2MP fixed focus sensor with f/2.4 aperture for depth sensing. The camera comes with a monochrome flash. The front camera is an 8MP unit with f/2.0 aperture with beautification support features. Video recording resolution is 1080p at 30fps. Ah, well, at least there is nothing to be disappointed about here. The camera is decent and quite well done here! The dual camera trend has really caught up well and everyone has leached on to it! Good job, Lenovo!

The phone is driven by a non-renewable Li-Ion 3760 mAh battery and it runs on ZUI 4.0 which means your battery is better optimized for heavy usage. The power users and the every day users can both rejoice in the gigantic battery available on this device because its here to last, and last it will!

Connectivity wise, there is a headphone jack available that has yet to die, HSPE, GMS, and LTE available for your cellular needs. It includes wide range of features like Geo-tagging, touch focus, face detection, Bluetooth, and GPS. It also consists of multiple sensors which are Accelerometer, Compass, Fingerprint (rear mounted), and Proximity.

I strongly believe in innovation, creativity and anything that causes havoc. But K5 Note 2018 does nothing of the sort. Instead, it even fails to deliver on performance and the display is sub-par. What makes me even more sad that the price is really high for a device as low end as this. Budget king? No, just do not buy devices like these even if you are short on budget and there is nothing else available in the market. I say wait for the better, but thanks the sea of smart phones, you can easily avail a better phone from next door. Go be smart and spend your money wisely. Lenovo K5 Note 2018 disappoints everywhere except the camera and battery department but that really isn't enough when you score as low as 45K on Antutu and make the users look at a pixelated display.