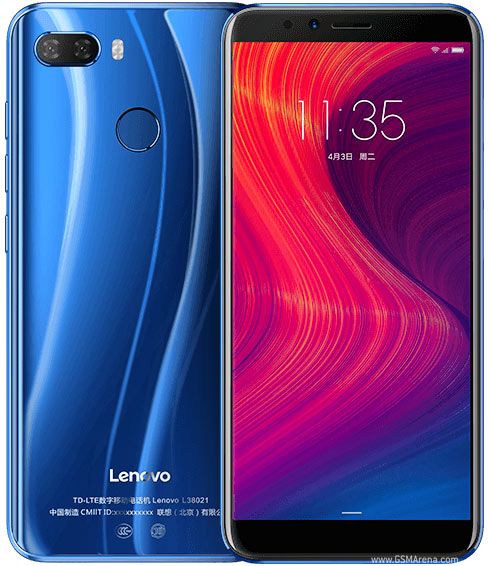 The product Lenovo K5 Play is not available in any major online store in Pakistan. The lowest price was Rs. 22,000 in Dec, 2020.

The Lenovo K5 Play is a powerful and feature-rich budget smartphone that is among the best entry-level smartphones of 2018. With a premium design, great camera, and efficient chipset, the K5 Play offers you the best parts of everything within a tight budget.

The design of the Lenovo K5 Play is one of its best features since it looks and feels just like a premium high-end smartphone. The K5 Play sports a shiny metallic look with bright color options including grey, black, and blue. On the front, there are thin bezels with the sensors, earpiece, and front camera on the top. The power buttons and volume buttons are on the side of the smartphone. On the back, there is a dual camera setup on the top left and a fingerprint sensor towards the middle which is very easily accessible. The build quality is quite impressive and the sleek design ensures that the Lenovo K5 Play feels great in the hands.

The display on the K5 Play is a 5.7-inch IPS LCD display with a HD+ (720 x 1440 pixels) resolution. The display quality is actually quite impressive with lively colors, great contrast, and high brightness. However, the downside is the low pixel density which means that the display output is not as sharp as you would like it to be. Despite this though, if you are not looking to play high-graphic games or watch movies on your smartphone then you will barely notice the lack of detail.

The Lenovo K5 Play is one of the best budget smartphones out there and one particular reason for that is the Qualcomm Snapdragon 430 chipset. The smartphone features an octa-core Cortex-A53 processor with the Adreno 505 GPU and up to 3 GB of RAM on the highest configuration. The Lenovo K5 Play has a superb benchmark score of 35537 in AnTuTu 7 which is among the top scores for entry-level smartphones. The smartphone can easily handle gaming, multitasking, and day-to-day tasks without unwanted lag.

The Lenovo K5 Play features a dual rear camera with a 13 MP primary sensor with autofocus and a 2 MP secondary sensor for depth detection. Though it is not the quickest camera sensors out there, the rear camera can take decent and crisp photographs that have great contrast, though the colors are bit on the warm side. The selfie shooter on the K5 Play is a basic 8 MP shooter that is adequate for taking pictures in good lighting conditions.

There is a 3000 mAh Lithium-ion battery in the Lenovo K5 Play which is not very impressive. With light to moderate use, you can barely make it through a day with a full charge on the Lenovo K5 Play. On average, the smartphone takes up to 2 hours to charge from 0% to 100% with the standard charger supplied by Lenovo. As for connectivity, there is Bluetooth 4.2, FM Radio, microUSB 2.0, and USB OTG.