Less than 3 days are left until the launch of Google’s much-anticipated Pixel 3 and Pixel 3 XL. Ever since Google launched the Pixel series in 2016, the smartphone has become quite popular. Some would even say that the smartphone is a direct competitor to the Apple iPhone.

Even though Google has not yet officially announced the Pixel 3 and Pixel 3 XL yet, but a barrage of leaks, rumors, and teases indicate that we will see a new pair of Pixels on October 9. We know the release date because Google has already sent out official invites to the event.

We also have some information on the pricing of the Google Pixels as well.

The Google Pixel 3 is not an economical phone by any means, but it offers sublime performance, an unmatched camera, and the best that Android has to offer. Though there is news that Google is working on a budget Pixel phone which will launch sometime during the summers in 2019.

Rumors Roundup for the Pixel and Pixel 3 XL:

We know how the third iteration of the Pixels will be priced, let’s now take a look at what rumors and leaks say about the specifications of these smartphones.

When will the Google Pixel 3 and Pixel 3 XL be available in Pakistan?

We will keep you updated with the release, availability, and price of the Google Pixel 3 and Pixel 3 XL in Pakistan. 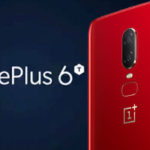 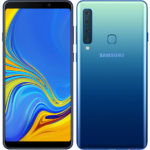