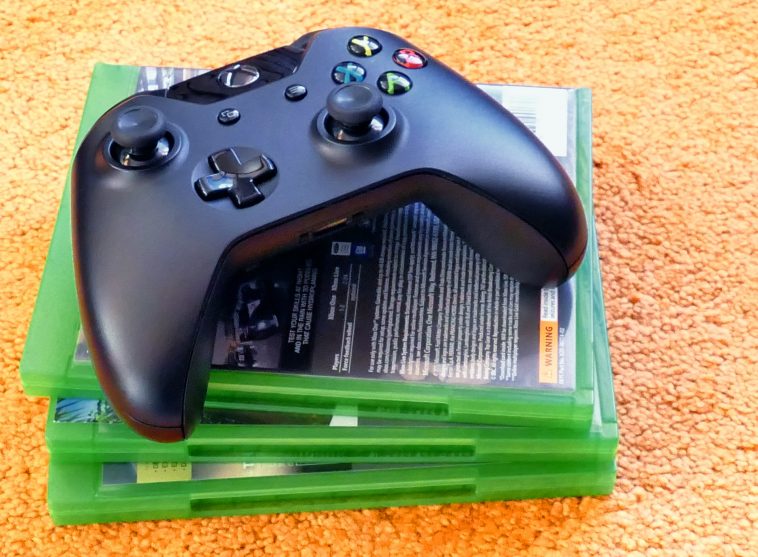 There is little doubt over the fact that the Xbox One is one of the most powerful and popular gaming consoles out there. Whether you have the old-school Xbox One S or the elusive Xbox One X console, you can be assured of one thing, you will have a huge arsenal of games that you can choose from. The Xbox One collection of games is arguably one of the best out there and in order to make the most of Microsoft’s all-powerful console, it is important that you know the most popular ones.

With thousands of games available for the Xbox One, it can be quite difficult for gamers to build their perfect gaming library. There are RPGs, racing games, sports games, first-person shooter games, just to name a few of the categories and you cannot just buy all of them (who has that much time and money anyways). So, to help you out, in this blog post, we have put together a list of the best Xbox One games in Pakistan that are available today.

Assassin’s Creed is a series of action-adventure first-person games that take you back to uncover the history of the world. Odyssey is the latest edition of the series and it features the Peloponnesian War that was set in Ancient Greece. You can play the game as either Kassandra or Alexios as you navigate through the streets of Greece to uncover history and learn more about how the war paved the future. The graphics of the game are stunning and the gameplay plus storyline is awesome as always. All of this is what makes Assassin’s Creed Odyssey one of the best Xbox One games in Pakistan.

Battlefield 1 is a reiteration of the widely popular Battlefield series. The first-person shooter game takes you back to World War 1 as you fight your way to win the war for the Allies. Battlefield 1 rejuvenates the entire franchise with its incredible graphics, touching storyline, and incredible gameplay. It is a modern military shooter game that stands apart for its level of detail, particularly the design and functioning of weapons and vehicles. You can play the game in a single-player campaign that is divided into six parts, each of which follows a new character so that the game never feels repetitive or boring. As you navigate your way through the various levels of the game, you will feel the brutality and chaos of the war which is what makes this a great choice to add to your Xbox collection.

3. Rise of the Tomb Raider:

The Rise of the Tomb Raider is a savior for the franchise since it is a reboot of the series that was going all too astray. It is an accomplished game that shows how much the franchise has grown over the years. The action-adventure game follows the life of Lara Croft as she navigates herself through mazes and tombs to find lost treasures. The storyline is impressive this time around (finally), the gameplay is quite good, and the graphics are very appealing as well. All in all, we would say if you are tired of the wastelands of Fallout 4 or the world from Unchartered, then give the Rise of the Tomb Raider a try. It is definitely one of the best Xbox One action games in Pakistan right now.

Sea of Thieves is an Xbox-exclusive action-adventure game that lets you play the role of a pirate across the seven seas. You can play the game alone or become a part of a crew of up to 4 plays and then roam the seas as your trade, hunt for treasures, or engage in war with other pirates. For gamers that enjoy playing in an open-world, the Sea of Thieves is a great game to have. If you ever have (or still want to be) a pirate then we recommend that you get your hands on Sea of Thieves to enjoy a life-like experience!

Did you love watching Samurai Jack when you were young? If yes then the Sekiro series of action-adventure games is perfect for you. The game is very difficult, mind you, but once you do achieve victory, it feels very rewarding. If you would love action, want to live the life of a samurai, and are looking forward to excellent graphics then the Sekiro: Shadows Die Twice is for you. The gameplay is fantastic and the difficulty level is right up there with the most extreme games out there. If you have the patience to beat the game then we will recommend that you add Sekiro: Shadows Die Twice to your collection of Xbox games.

If you are disappointed with how the recent Need for Speed games have panned out but are still a huge fan of racing games then the Forza Horizon might be the savior you need. The original Forza titles were all about your driving skills but the Horizon series is more about the open-world racing experience – something like Need for Speed Underground. Forza Horizon 4 is the latest iteration of the series that takes you to the English countryside for racing with the most exotic and breathtaking cars. The open-world environment comes with its elusive campaign mode, rewards, and distractions. The gameplay is fantastic and the graphics are simply stunning. If you have an Xbox but do not own a Forza Horizon title then you are definitely missing out. But while you are out expanding your games collection, we recommend you add of the top Xbox One games in Pakistan to it i.e. Forza Horizon 4.

Gears of War is an Xbox-exclusive game that reiterates one of the best originals for the console. Despite more than 5 years having passed since its prequel and a new development team working on the game, Gears of War 4 still maintains the same class that it had all the years back when it was initially launched for the Xbox 360. This third-person shooter game features new heroes, new gameplay options, and vastly improved graphics. The game is a must-have for every Xbox owner and it easily makes our list of best games for Xbox One in Pakistan.

Almost no list of best games is complete without Rockstar’s rock star, Grand Theft Auto. Grand Theft Auto V (or GTA V) is arguably one of the best games of the series so far and inarguably one of the best sandbox games for Xbox One. It is virtually the best golf game, racing game, tennis game, and action-adventure game. No open-world environment and gameplay quite meet the one that GTA offers and with GTA V, Rockstar takes it up a notch further ahead. You can play the game from three entirely different perspectives as the characters Michael, Trevor, and Franklin. But no matter how you play GTA V, it is one of the top games for Xbox One in Pakistan that you can get your hands on.

Halo is the franchise that helped Xbox established itself as a world-leader in gaming consoles. Halo 5: Guardians is the latest addition to that series and is one of the best first-person shooter games for Xbox One in Pakistan. With both multiplayer and single-player modes, the Halo 5 presents to you a fun-filled gameplay with futuristic weapons. Though the storyline is not the best there is, it is still a heck of a first-person shooter game and brings back the nostalgic days of playing Halo on the Xbox 360.

Wolfenstein II: The New Colossus is an action first-person shooter game that was launched back in 2017. The New Colossus features stunning graphics, a thrilling storyline, and encaptivating gameplay. Wolfenstein II continues from where the prequel left off and it couples adventure and thrill with fun commentary in a single package. It is one of the most satisfying first-person shooter games that you can get your hands on with the Xbox One. 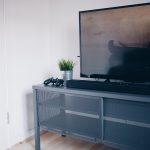 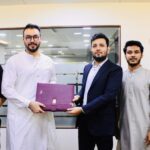