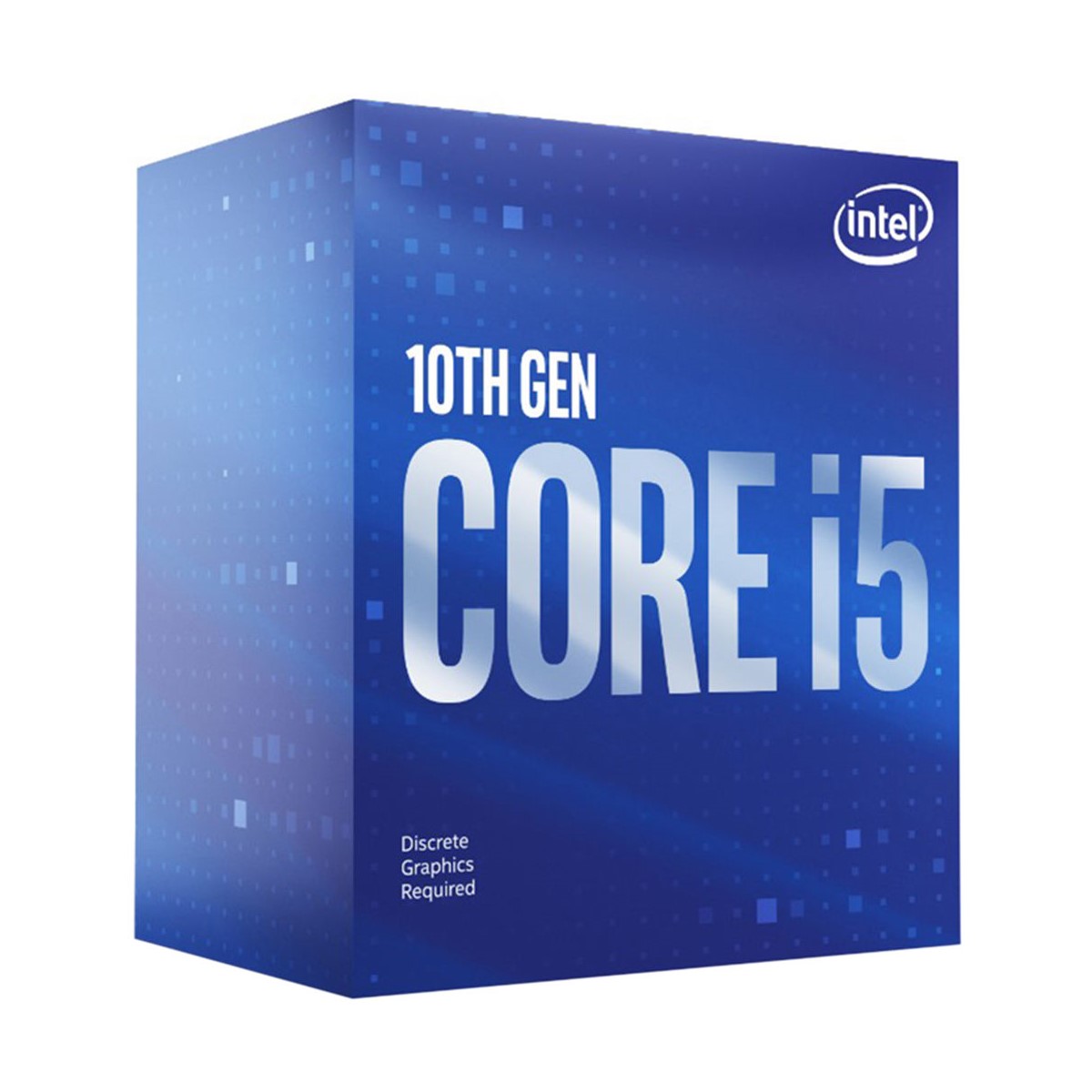 Intel prices have gone down 5% in the last 30 days. Intel Core i5 10400F is widely available online.

The Intel Core i5 series has long been quite popular in Pakistan. In fact, we’d go far enough to say that the majority of people have an i5 in their rig. Whether that’s a third-gen or the latest 10th gen one, we can’t quite deny the popularity of the Intel Core i5. So, it’s no surprise to see that many Pakistanis are looking at the i5 10400F quite closely. Think of the 10400F as the little brother to 10600K. It’s slightly less powerful but much more affordable. For people who need a proper gaming processor to last them for 4-5 years (or more), then this is a great choice. You can also save quite a bit with this processor since there is no need to pair it with a Z490 board. You can get away just fine with a B460 or H310 motherboard. If you’ve heard of the phrase “bang for your buck” the 10400F fits that description quite well. There’s also the regular 10400. That one has integrated graphics, and the 10400F does not. To be fair, most people are fine with that. As a bonus, the lack of integrated graphics makes this processor even more affordable.

The prices are collected from the best online stores in Pakistan like Tejar, Daraz.pk, Pcfanatics.pk, Industech - updated Jun 2022. 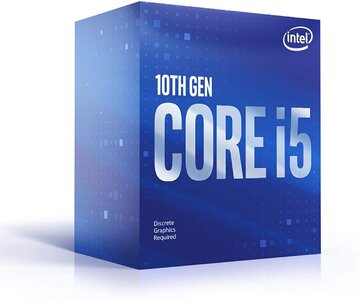 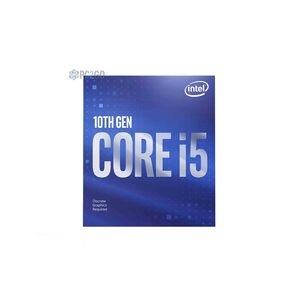 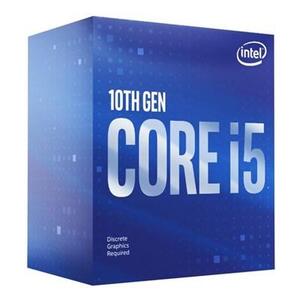 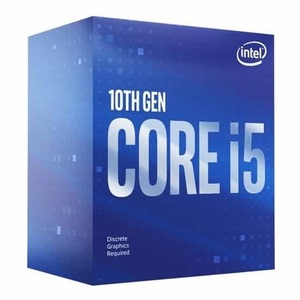 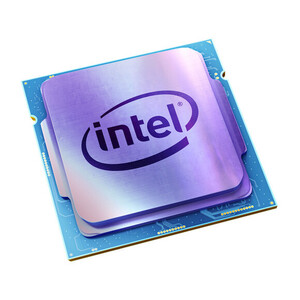 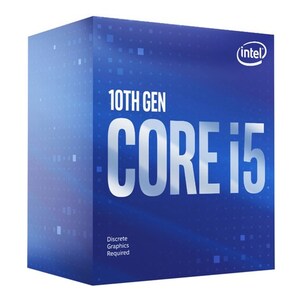 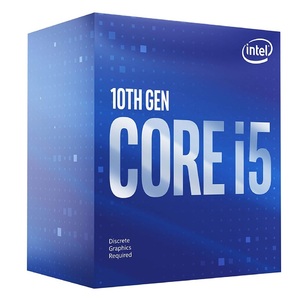 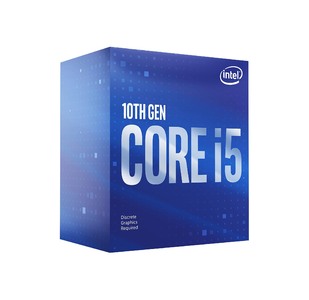 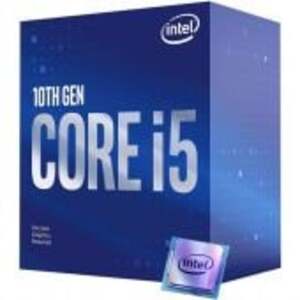 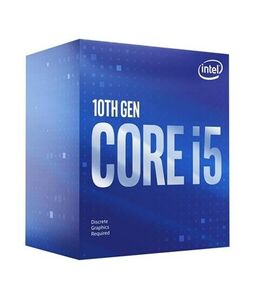 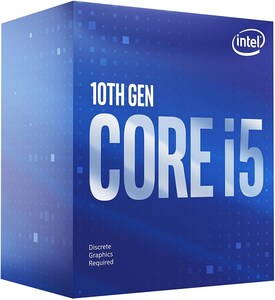 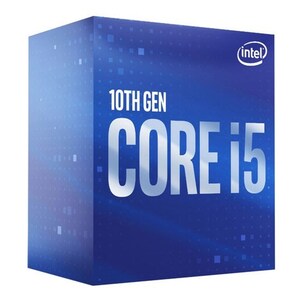 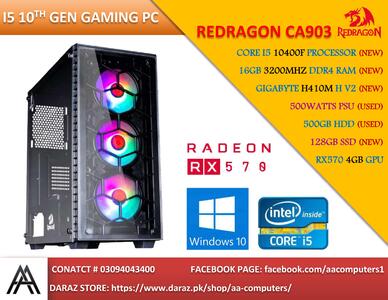 The Core i5 10400F serves as Intel’s poster boy when it comes to value for money. We will try to quickly breakdown why that is, and why this processor is so popular. Here’s everything you need to know about the Core i5 10400F in Pakistan.

This Intel Core i5 10400F is a six-core, twelve-thread processor. Unlike its predecessor, the 9400F, this one brings back hyperthreading to the i5 lineup. It has max a TDP of 65W and is based on the Comet Lake architecture. Intel is using the same 14nm process here for this 10th gen chip. The base clocks are rated at 2.9GHz and it can boost up to 4.3GHz with relative ease.

This Comet Lake processor is compatible with any Intel 10th gen motherboard. As the upcoming Rocket Lake CPUs will use the same chipset, you will be futureproofed for now.

This is a bit of a tricky question to answer here. First, let’s talk about clocks and frequency. In a single-core Cinebench run, the 10400F can easily hit 4200MHz, and sometimes 4300MHz. This is near the advertised max boost clock. Quite impressive so far. As for the all-core performance, well it starts off at 4000MHz and sustains itself at 3600MHz.

By all means, this is excellent performance for a budget processor. We expect it’s going to be popular with gamers and even some video editors. However, unless you go with a Z490 board, you’ll be stuck with a RAM speed of 2666MHz. Technically you can bump that up, but if you need to futureproof or have faster RAM, get a Z-series board.

The six cores and twelve threads are great and all. Thanks to hyperthreading, we expect that this processor will be a bit better at productivity. Especially when compared to its 9th gen counterpart. However, at this price, it’s all about that gaming performance for most buyers. Fortunately, the 10400F stacks up quite well.

When paired with a 2080 Ti, the results are impressive. Of course, you won’t be pairing a budget processor like this with a high-end GPU like the 2080 Ti. However, that CPU bottleneck allows us to judge the performance perfectly. In games like Hitman 2 and Assassins Creed: Origins, we get about 100fps. That’s at ultra settings in 1080p.

Here are a few more examples, in Red Dead Redemption 2 we get 116fps. F1 2019 gives us 216fps, while GTA V shows 97fps on average. All of these results are in 1080p on the high-ultra settings. If you play competitive shooters, you can easily hit 1080p 144fps or even 1440p in some cases. Of course, that’s only if you mostly play Esports titles.

Overall, the gaming performance is quite impressive. It looks like the old consensus holds up; If your main priority is just gaming, an i5 is more than enough.

We don’t expect many people to buy a processor at this price for professional workloads. With that said, the 10400F does have six cores and twelve threads, so it’s not bad by any means. Especially if you are coming from an older system with a low-end processor. Render times are long in most applications, but not bad if you’re just trying to learn or starting out.

So let’s focus on that for a bit. If you are primarily a gamer, but maybe want to learn video editing, animation, or even Blender, the 10400F is a decent choice. It can hold up when it comes to gaming, but won’t leave you hanging either when it comes to getting some work done.

Another reason for the 10400F’s popularity is its low power consumption. The max TDP is rated at 65W, and it only hits that when you are really pushing the processor. Hence, it’s an easy chip to cool and doesn’t require a beefy cooler or anything like that.

Overall, the Core i5 10400F is a great value for money. For most gamers, it’s more than what they need. While it’s not going to replace the Ryzen 7s or the Core i9s of this world, it gets the job done admirably. For gamers playing at 1080p or 1440p, this processor is an impressive bang for the buck, that’s for sure.