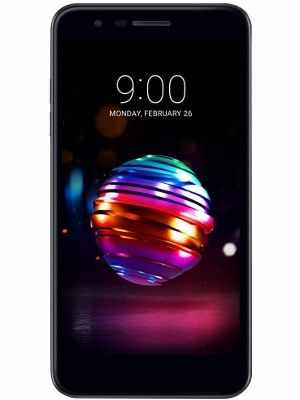 LG has not changed the design of its LG K10 ever since the first iteration was launched in 2016. The same design has been reiterated with the LG K10+ (2018) as well. The LG K10+ has a compact design with the 5.3-inch display on the front with thin bezels and the front camera, sensors, and earpiece on the top. The power and volume buttons are on the side while the single camera and fingerprint sensor are in the center of the back of the smartphone. The overall build quality of the smartphone is solid.

The LG K10+’s display is a 5.3-inch IPS LCD touchscreen that is set at a HD (720 x 1280 pixels) resolution. The display is not very crisp but the brightness and contrast are great. The color reproduction is impressive as well. Unless you are planning on watching 1080p movies on the LG K10+, there will not be much to complain about its display.

The K10+ (2018) is the performance-plus version the LG K10 (2018) so it features the same MediaTek MT6750 chipset, octa-core processor, and a Mali-T860MP2 GPU but now with 3 GB of RAM and 32 GB of internal storage. As with the LG K10, the LG K10+ manages to fare quite well in terms of performance. You should be able to handle basic tasks such as gaming and web browsing on the K10+ simultaneously without signs of lag.

The LG K10+ (2018) has a camera setup with a 13 MP rear camera and an 8 MP front camera. There is no depth sensor or dual camera on the rear therefore the camera performance is not quite as good as other midrange smartphones. However, the image quality is still impressive. The color reproduction is good and the images turn out to be clear and crisp but the dynamic range is disappointing.

The LG K10+ (2018) has a 3000 mAh Lithium-ion battery on board which is rated to have a good endurance of about 70 hours. You can go through a day with light to moderate use with the LG K10+ (2018) which includes making calls and web browsing. There is no fast charging so you will need up to 2 hours to refill the battery on the LG K10+.

LG has all ends covered in terms of connectivity with the K10+ though since the smartphone features a 3.5 mm audio jack, FM Radio, Bluetooth 4.2, NFC, and microUSB 2.0 connectivity.