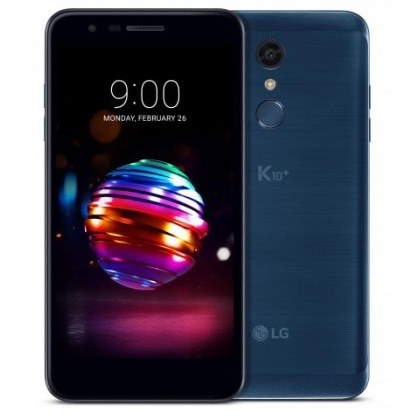 The LG K10a (2018) is another re-packaged version of the LG K10 (2018). The LG K10a is a lower midrange smartphone that features a good battery life with great performance and a decent camera to provide you an all-in-one smartphone package.

LG K10a (2018) comes with a compact and minimalistic design that sports all the basic design elements of a smartphone without much of a fuss. On the textured back, there is a camera, fingerprint sensor, and K10a logo in the center. On the sides, you can find the power buttons and volume buttons. On the front, the 5.3-inch display is coupled with thin bezels and the front camera, sensors, and earpiece on the top. The build quality is solid and the smartphone feels great in the hands.

The LG K10a is another version of the 2018 iteration of the K10 by LG. Though both of the smartphones are similar in terms of performance. The LG K10a has a MediaTek MT6750 chipset with an octa-core processor, 2 GB of RAM, and a Mali-T860MP2 GPU. If you are looking for basic multitasking and gaming then the LG K10a is a good pick for you.

The LG K10a (2018) has a slightly better camera than its sibling, the K10. The 13 MP rear camera on the K10a comes with phase detection autofocus and HDR. The image quality is quite good for the price range and the photographs have good contrast, low noise, and high sharpness. The color reproduction is impressive as well. The 8 MP selfie camera is a basic shooter though that does not go beyond the scope of taking selfies for saving memories and posting on the social media (not all of them will be worth posting though).

The LG K10a comes with a 3000 mAh Lithium-ion battery that can last through 24 hours easily without giving up on you. With moderate use including web browsing and making calls, you should not have much to worry about the LG K10a’s battery. The charging time is a bit high though since the smartphone can take up to 2 hours to get to a full charge from 0%.