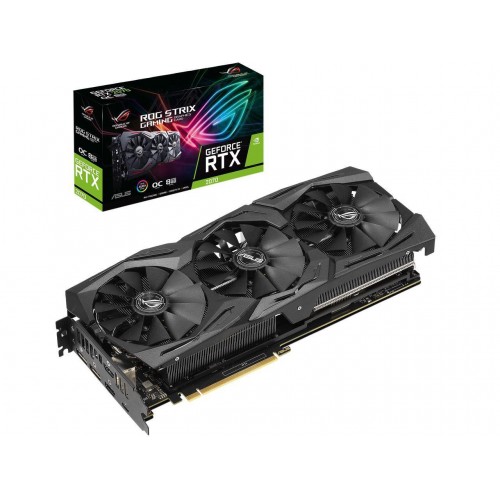 Even in Pakistan, competitive gaming is on the rise. Gaming in Pakistan is a hobby that is currently booming, and it will only continue to grow from here on out. However, to have a that competitive edge, you’re going to need the proper equipment. Speaking of which, you can’t have a high-end experience without a decent enough graphics card. Graphics are important, but so is framerate. However, if you care about both of these things, the GeForce RTX 2070 might be the GPU for you. Considering the RTX 2070 price in Pakistan, it’s still a very powerful contender. A lot of people are using this card to power their high refresh-rate 1440p monitors.

The 70-series from Nvidia has always been excellent. These cards are aimed at the crowd that wants high refresh-rate gaming. If you love visuals and want to play some games at a higher resolution, the RTX 2070 can handle that as well. It’s a part of Nvidia’s RTX 2000 series, built on the Turing architecture. It uses a process size of 12nm. The RTX 2070 was launched alongside the RTX 2070, and it still powers through most games in 2021.

The RTX 2070 takes advantage of the excellent TU106 Turing graphics processor. The card has 2304 Cuda Cores, 144TMUs, and 64ROPs. Furthermore, it supports DirectX 12 natively and performs better out of the box. In terms of memory, we have 8 gigabytes of GDDR6 memory on a 256-bit wide memory bus.

There was a lot of speculation if those 8 gigabytes were going to hold up in the long run. However, thanks to the speed and bandwidth, it still manages to hold its own. It’s a dual-slot card and uses the PCIe Gen 3 interface. For a 70-series card, this thing is relatively easy to drive. You can use a 500W PSU here, as it has a TDP of 175W max.

Let’s talk about the frequencies very quickly. This card has a base clock of 1410MHz, but it can boot all the way up to 1620MHz. The memory clock is rated at 1750MHz, and the effective bandwidth is 14Gbps.

As you can probably guess, the RTX 2070 focuses on performance a lot. As such, it performs just as great as we expect it to. Furthermore, it has a few tricks up its sleeve thanks to DLSS and Ray Tracing. We’ll talk about those more in-depth. However, if you don’t care about those bells and whistles, this is still a great card purely for high-refresh-rate gaming.

As expected, the numbers are even better if you switch to 1080. Esports titles also perform well. If you play competitive games like CS:GO, Valorant, and Fortnite in Pakistan, this thing will give great performance at 1440p. The 1080p numbers are also quite impressive, even in 2021.

What About Ray Tracing?

One of the standout features from the RTX 2000 series launch was real-time ray tracing. So yes, the RTX 2070 supports it. In games that are optimized well, it works wonders. While ray tracing still is not a key feature, it is slowly getting there. Turning on DLSS will give you some form of return in terms of framerate.

While Ray Tracing should not be the sole reason to buy a card, it’s a nice feature to play around with. Games like Cyberpunk 2077, Control, and Battlefield V look great with it.

Deep Learning Super Sampling or DLSS was another standout feature from the Turing graphics cards. While the original version was nothing to write home about, DLSS 2.0 is leaps and bounds ahead. In supported games, it works like magic. You’re looking at anywhere from a 20 to 30 percent boost in performance.

DLSS works by rendering the game at a lower resolution and then upscaling it with some clever technology. Honestly, it works quite well in titles that support it. Ghostrunner, Cyberpunk 2077, and Control are a few great examples. Combining ray tracing with DLSS is the perfect combination of performance and visuals.

If you’re asking yourself the question if the RTX 2070 is worth it, then the answer is yes. Depending on the price you get, you can get a lot of value from this card. It is still a beast when it comes to raw performance. Keeping everything in mind and considering the RTX 2070 price in Pakistan, we can recommend it. If you play games at 1440 at higher refresh-rates, then this card is a great option.