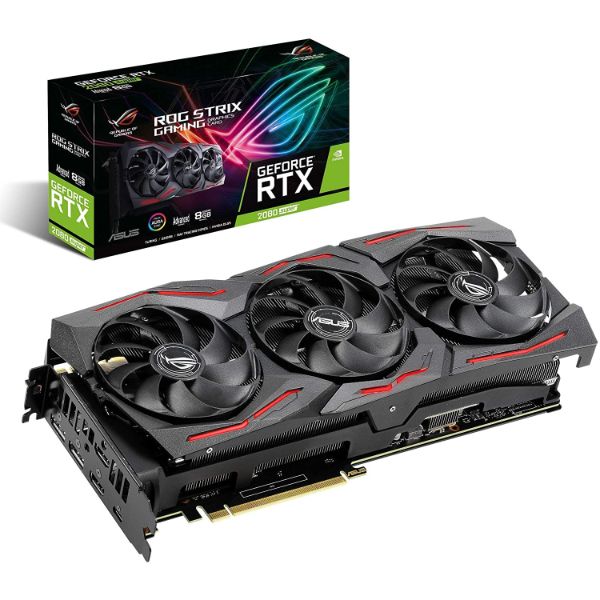 Following the release of the Super variants of 2060 and 2070, we now have the final version, the RTX 2080 Super. The RTX 2080 Super was the last premium Turing GPU. We know that a lot of readers here prefer a high-end experience. If you are one of those people, you are also willing to spend the money for it. If that fits your description, the RTX 2080 Super may very well be a good purchase for your high-end rig. Considering the RTX 2080 Super price in Pakistan, it packs quite the punch. However, all of that is to be expected from a high-end GPU. It costs a good amount, but the performance also holds up along with it.

The premium RTX 2080 super is a card that focuses on the premium section of the market, as it should. This 2080 Super is a part of the Turing lineup of GPUs from Nvidia, and it belongs to the RTX 2000 series. The process size is 12nm. If you are one of those people who prefer visual quality over everything else, this is the card for you.

It’s also a great card for those who need the power for production workloads. So, whether it’s gaming or productivity, this card can handle it all.

So, the Geforce RTX 2080 Super is a card that shows a lot of hidden potential. It uses the same TU104 Turing graphics processor to power your games. The Cuda Core count is 3072, while it also uses 192TMUs and 64ROPs. Memory remains the same at 8 gigabytes of GDDR6 on a 256-bit wide bus.

The core clock is rated at 1650MHz, while it can boost all the way up to 1815MHz. Furthermore, the memory clock is at 1937MHz and the effective memory bandwidth is 15.5Gbps. Both of those numbers are higher in the RTX 2080 Super compared to its predecessor. For power, it uses 1x 6-pin and 1x 8-pin connector. It has a max TDP of 250W and the recommended PSU is 600W.

If the RTX 2080 Super’s incremental upgrades are anything to go by, discussing the performance should be quite easy here. The RTX 2080 improves on its already excellent predecessor. It cleans up the frame time numbers and provides an overall smoother experience. This will matter more to people who play competitive games at higher resolutions.

Other than that, on average we’re looking at about a 5 to 6 percent increase in performance compared to the RTX 2080. While those numbers won’t blow anyone out of the water, it’s still good considering it comes in at the same price. The 1440p and 4K performance are quite solid here, and you can enjoy most games in 4K at above or right around 60fps.

Other than that, this graphics card also supports ray tracing and DLSS quite well. Thanks to DLSS 2.0 and the higher memory bandwidth, ray tracing performance is much better this time around. This also means that the RTX 2080 Super is going to be quite futureproof considering everything. You can enjoy games at 4K quite easily, and if the game supports it, DLSS 2.0 will clean up the performance quite well.

So, the RTX 2080 Super is an excellent card and it comes at the same price as the previous one. If you already have an RTX 2080, this isn’t a worthwhile upgrade. However, if you were looking to buy a high-end performance-focused GPU, then the RTX 2080 Super is a great choice. The DLSS and Ray Tracing support is just the cherry on top.