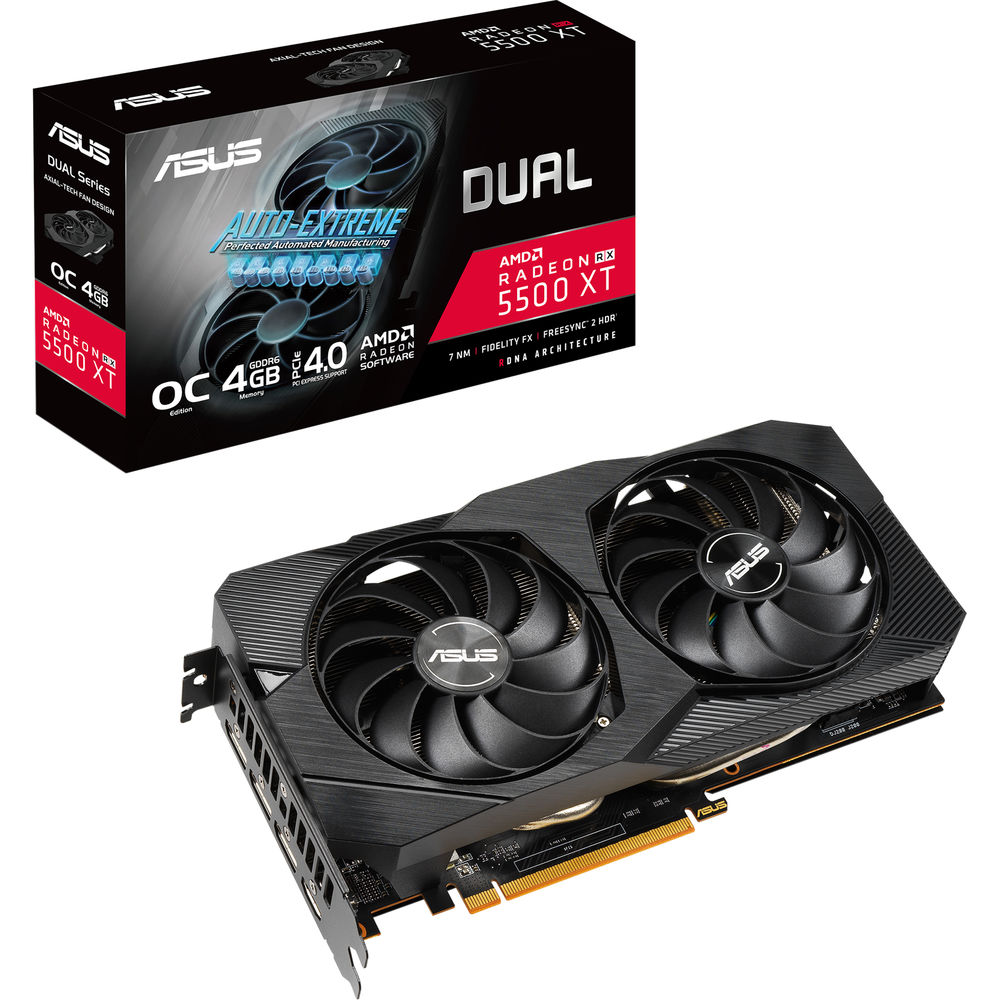 Budget gaming is and always will be popular for people in Pakistan. A lot of people build gaming PCs in Pakistan. However, most of these are in the entry-level to mid-range sections. With that said, you can’t have a good PC without a decent graphics card. As we all know, a GPU is the most vital component for gamers. Fortunately, we have a lot of options to pick from the low-end/budget segment. One of the standout products is the AMD Radeon RX 5500 XT. AMD is known to offer excellent value, especially in Pakistan. We expect that RX 5500 XT will be quite popular as well, thanks to its overall value and performance numbers.

The AMD Radeon RX 5500 XT is certainly an interesting graphics card for the price. It uses the Navi 14 graphics processor built on the 7nm processor. It has 1408 stream processors or cores, whatever you like to call them. It has 88 TMUs and 32 ROPs. It uses GDDR6 memory on a 128-bit bus. This card can also take advantage of PCIe Gen 4.

VRAM for the reference model is 4GB. However, you can get an 8GB with most custom designs, and we recommend doing so. The 8 gigabytes means that this card will handle higher-quality textures quite well. So, let’s talks about speed quickly and wrap this up. The base clock is 1607MHz, the Game Clock is 1717MHz, and it can boost up to 1845Mhz.

As for the memory, it can get up to 1750MHz and has 14 Gbps effective bandwidth.

Most people buying this card will be gaming at 1080p, with a select few playing at 1440p. Well, if you’re buying this for 1080p high refresh-rate gaming, it does the job quite well for the price. It can handle 1440p, but in newer titles, you’ll likely have to drop the settings. Not a big deal, as this card is targeted at 1080p gamers.

So, let’s quickly talk about numbers and wrap this up. For single-player games, we’re looking at great framerates across the board. These numbers represent 1080p gaming at high settings. In games like Shadow Of The Tomb Raider, Jedi: Fallen Order, and Assassin’s Creed Origins, we’re looking at well above 70fps.

As for multi-player shooters, performance is even better. We’re looking at well above 100fps in Rainbow Six Siege, Modern Warfare, Fortnite, and Overwatch. Overall, the framerates average out to about 88fps in most games at high settings in 1080p.

It does all of this by consuming a measly 130W of power. You can easily power this GPU with a 300W power supply, depending on other system specs of course. As for the cable, it gets power from a single 8-pin connector.

Overall, we believe the RX 5500 XT is an excellent card if you’re building a PC on a budget. It supports PCIe Gen 4 as well, which you might benefit from if you have the right motherboard. Average performance in 1080p is quite promising, and most people will be happy with the framerates. It does the job well, and will easily find a place in a lot of people’s mid-range builds.